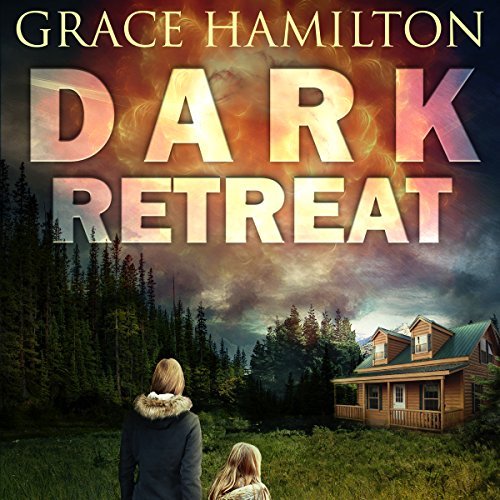 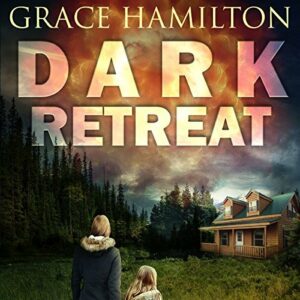 Three months after life as she knows it was decimated, Megan Wolford has only one goal: protect her daughter, Caitlin, at any cost. When a mysterious illness strikes Caitlin down, Megan is forced to forage for medical supplies at a remote lodge. The last thing she wants is help from her fellow survivors when so many in her life have let her down—but soon she'll find herself with no other option.

Ex-Navy SEAL Wyatt Morris is doing everything he can to hold his family together after the tragic death of his prepper Dad, so when Megan enters their lands, he is mistrustful at first despite feeling drawn to her. He won't turn away an ill child though--no matter how deadly the world has become. But the arrival of another stranger named Kyle soon gives them all a new reason to be suspicious. Wyatt knows he’ll have to forge alliances in order to keep his family safe, but trusting the wrong person could be a deadly mistake.

When Megan and Wyatt discover her daughter’s illness may be linked to Kyle’s arrival, it sets off a race to discover the truth before it’s too late to save Caitlin—and the rest of the Morris clan. Can they work together for survival . . . and something more?

After an EMP has put an end to the world as they knew it, Megan is looking for a way to survive along her daughter Caitlin. Sadly Caitlin is terribly sick, and Megan just needs to find a safe place and medicines if she has any hope of helping her daughter.

This was an easy and relaxing listen. I especially enjoyed all the tips the Morris family had in store for after the apocalypse. I almost felt like stashing up and get ready just in case.

The main characters were well developed and it was easy to connect to them. The secondary characters though, were one dimensional and just there to complete the story and give some background.

Although I really enjoyed the story, I didn’t really buy the fact that Kyle went out of his way to check if he succeeded in killing Caitlin. She witnessed something he did, yes, but in an uncommunicated world, does it really matter what someone from the next town did? Someone who you will probably never see again? It just doesn’t seem plausible to me.

The romance in this book didn’t really bother me but it felt a bit rushed. Everything worked out very well very easily. A young woman arrives at a house and one of the men there immediately falls in love with her. Again, not very realistic, but okay.

I found strange that mother and daughter appear blond on the cover of the book, while both of them are described with black hair. This is not really a criticism towards the book per say, but details like this one make the difference between something just okay and something really good.

One of the reasons for which I really enjoyed the audiobook was Andrew Tell’s narration. He delivered a very clear and pleasant narration, with great characters’ interpretations and a decent voice range to be able to discern who was talking. It felt like watching a movie with different characters.

I received this audiobook as part of my participation in a blog tour with Audiobookworm Promotions. The tour is being sponsored by Grace Hamilton. The gifting of this audiobook did not affect my opinion of it.

Grace Hamilton is the prepper pen-name for a bad-ass, survivalist momma-bear of four kids, and wife to a wonderful husband. After being stuck in a mountain cabin for six days following a flash flood, she decided she never wanted to feel so powerless or have to send her kids to bed hungry again. Now she lives the prepper lifestyle and knows that if SHTF or TEOTWAWKI happens, she’ll be ready to help protect and provide for her family.

Combine this survivalist mentality with a vivid imagination (as well as a slightly unhealthy day dreaming habit) and you get a prepper fiction author. Grace spends her days thinking about the worst possible survival situations that a person could be thrown into, then throwing her characters into these nightmares while trying to figure out “What SHOULD you do in this situation?”

It’s her wish that through her characters, you will get to experience what life will be like and essentially learn from their mistakes and experiences.

Andrew is an actor and voiceover artist based in Los Angeles, California. He is a versatile, articulate, and technically clean narrator with a strong background in improvisation and comedy.

In audiobook narration, he is an Audible-Approved producer with thousands of 5-star performance reviews by Audible listeners. I work closely with independent authors and publishers to bring their books and characters to life.

Here’s what listeners have to say:

“The narration of this audiobook was EXCELLENT. It was clear right from the beginning that this narrator is a professional. I’m not sure what else to say about it because, quite frankly, it could not have been any better. The narrator was able to draw me into the story right away and allowed me to follow along without ever having to wonder if I had missed anything. “

“The narrator makes the story even better! He’s excellent and I’ll be searching for, and keeping an eye out for other books he narrates.”
“The narration of Andrew Tell is excellent, his performance is spot on and I felt I was listening to more of an Audio Drama at times. His voice and words are crystal clear (even when using various accents for the various characters) and it was a joy to listen to.”