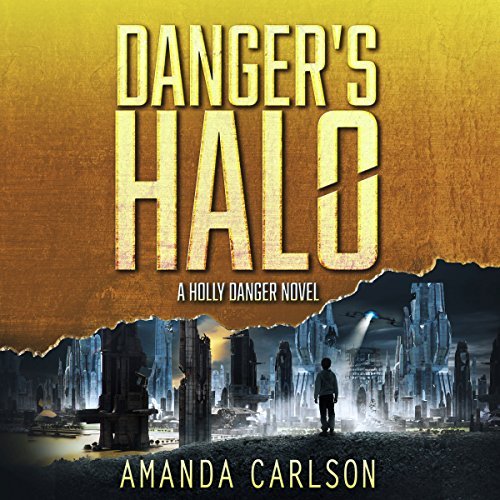 153 years in the future, Earth doesn't look much like it used to

Holly Danger's current assignment, gleaned from a set of foggy instructions and a handful of coin stuffed into a slot, is to pick up a street kid who's about to terminate himself off a cliff. And, as a rule, she doesn't turn down currency. Her job as a salvager keeps her fed and clothed above the norm, which isn't saying much.

The norm in this city is a scrape-by existence in a post-apocalyptic world, where the rain never stops, food is always scarce, and the elite have deserted the ranks in search of something better. Picking up this urchin won't take much time, even if he's located outside city limits. Her craft is fast, her weapons deadly, and her tech has been optimized as well as it can be for a climate clogged with iron dust.

But things take a big turn when she decides to become the boy's guardian instead of hand him over. Outskirts have descended on the city, and their plans don't include playing nice. When her crew is backed against a graphene wall, it's a good thing her Gem is primed and ready to go. It's almost as deadly as she is...

In the near future a meteorite has stricken and caused grave destruction. The few people left try to survive scavenging what they can. Holly Danger is one of these scavengers, one of the best. She also runs errands for some people, and the last assignment is picking up a boy. Instead of giving him up she decides to take care of him, but the outskirts have worse intentions than what she thought at first.

This is a good post-apocalyptic book. We are presented with an almost destroyed city and people trying to survive in it. The world building was interesting, showing us things little by little. My guess is that there will be a lot more to be discovered in future books. The story starts quite slowly, and it only starts to pick up towards the end. There is a lot of explaining about how things are and how the world works. The book is written in first person, from the Holly’s point of view, so we just know what she knows and sees. Something I really enjoy from post-apocalyptic stories is discovering this “new” world and trying to guess what happened to end up like this.

I enjoyed the characters and their respective personalities. Holly is a kick ass scavenger with a great knowledge about technology and resourceful skills. The descriptions were vivid, and I loved how they used the “old” technology, which was futuristic according to nowadays standards.

Emma Wilder’s narration was just perfect. She gave distinctive voices to all the characters in the story, and her compelling tone kept things interesting. Wilder is one of those narrators that provide a seamless experience to the audiobook listening, enhancing at the same time the end product. The audio production was also top notch.

It is clear that this is the first book in the series, there is a lot of explaining and character introduction. I am looking forward to the next books in the series.