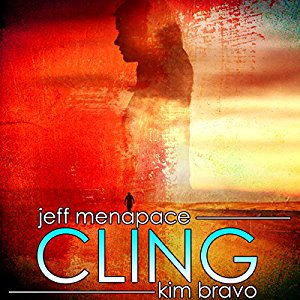 Sadie can perceive what others cannot. A rare and hazardous gift, it is one she would rather not possess, as its price is great suffering. There is a word used to describe her kind: Martyr.

Wandering the wastelands of a ruined Earth plagued by gangs and Cling—an affliction which shortens the human lifespan to a mere few decades—Sadie’s hope to find a slice of utopia fades.

When an act of desperation in a reckless moment sets her on the run from a vicious warlord, her flight leads to a mysterious boy who seems to hold the answers to Sadie’s salvation. If she will use her gift to help his community, he vows to share the location of a tunnel deep beneath the ground—a tunnel revealed to Sadie in a fever dream as the key to defeating her pursuers.

But when Sadie enters the tunnel, what she discovers plunges the boy’s community into unimaginable peril. Despite Sadie’s commitment to self-preservation, she cannot bring herself to abandon him and his people. Fortunately, Sadie has a few tricks up her sleeve—and an old acquaintance with a notorious set of skills who just may agree to join the fray.

In a world destroyed by a supposed meteorite, many people survive living underground. They are called moles by the ones who still prefer to see the light of the sun. Sadie is one of these living outside. She has a special gift, which allows her to feel other people’s thoughts and see places out of her reach. The downside of her gift is that it steals her health and energy. This is why people with this gift are called martyrs. They are often chased by warlords since this kind of gift can become very profitable. Sadie is found by a young boy, which was rescued some years before by the moles. Sadie will learn some hidden things from this boy’s past, and also about a terrible danger for his community.

Being this a post-apocaliptic story I felt it was right up my alley. The story is very well written, and all ends are tied up nicely at the end. I missed some more development regarding world building. We know that there is a disease called cling that kills people and few survive beyond their thirties, and that there is something called clear which constitutes a powerful cure. That’s it. We did not get any information about the disease’s symptoms and its evolution. About clear, we know that it is found in some underground cavities and looks like sand. It would have been nice to get some details, like how it worked or how it was used to heal people. I guess we will get more information about both of these things in future books, since I understand that this is intended to be a series.

The characters are well built, but they are not very developed. I was bothered by the fact that the bad guys were simply evil and a bit caricaturesque. The good guys were a bit more developed and I grew fond of them. I understand that this book is just a mere presentation of this world and the characters. I am looking forward to future books.

I found the story quite entertaining and compelling. Menapace and Bravo knew how to build the intrigue about the tunnel found by the boy and how this could change things for them.

Gary Tiedemann did a wonderful job narrating this book. His diction is very clear and he interpreted characters well, changing the tone of his voice and delivering different accents. It was easy to tell the characters apart when in a conversation. Tiedemann also transmitted well the characters’ emotions. The audio production was good too.

I received a free copy of this book in audio format from the narrator in exchange for an honest review.