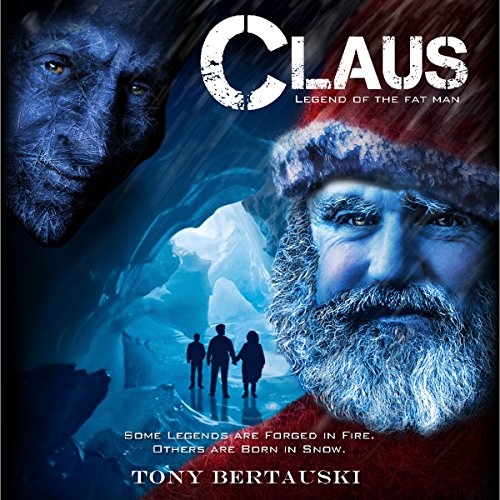 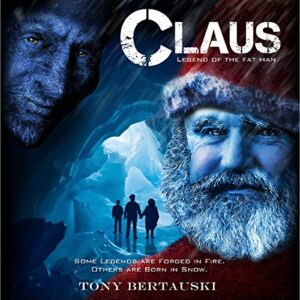 The Christmas story you never heard.
In the early 1800s, Nicholas, Jessica and Jon Santa attempt the first human trek to the North Pole and stumble upon an ancient race of people left over from the Ice Age. They are short, fat and hairy. They slide across the ice on scaly soles and carve their homes in the ice that floats on the Arctic Ocean. The elven are adapted to life in the extreme cold. They are as wise as they are ancient.
Their scientific advancements have yielded great inventions -- time-stopping devices and gravitational spheres that build living snowmen and genetically-modified reindeer that leap great distances. They’ve even unlocked the secrets to aging. For 40,000 years, they have lived in peace.
Until now.
An elven known as The Cold One has divided his people. He’s tired of their seclusion and wants to conquer the world. Only one elven stands between The ColdOne and total chaos. He’s white-bearded and red-coated. The Santa family will help him stop The Cold One. They will come to the aid of a legendary elvenknown as...Claus.

I really enjoyed several of Tony Bertauki’s books, and his made-up worlds have always amazed me, so despite me not being a very Christmassy person, I was curious about this series. Bertausky was recently giving away some codes, so I decided to go for it, as we are approaching Christmas and there should not be a better time than now to listen to this.

I am sadly reporting this book as DNF at about 20%. The story did not catch me like others, and I felt it was a bit childlike. I think I am more into adult science-fiction and fantasy, and I was not the right public for this book. I also had issues understanding the family’s motivations at the beginning of the story, so it all fell flat. I also found continuity or fluidity issues between chapters and paragraphs. I think the text could have done with some editing.

The main issue I had was the narration. I had similar issues in the past with Beartauski’s books. It seems he can write quite well but does not realize the importance of a good narration to do justice to the book. In this case, the book was not narrated by himself but by James Killavey. The narration was terrible monotone, with weird pauses in the middle of sentences, and also too short pauses in sentences and paragraphs, so it made everything very confusing. His voices were not great but added to that, the narration was not consistent, as he sometimes used one of the characters’ voices for the narrative. The sound quality was also not great, with some artifacts

If the story would have grabbed me I think I could have plowed through, but there was not anything that I could grab to keep me going. I’m sad, as I usually like Beartauski’s books, and I could have given it an opportunity was the narration a bit better. We are at the end of 2020, life is short, and there are too many good audiobooks out there to spend time with one that I do not enjoy.