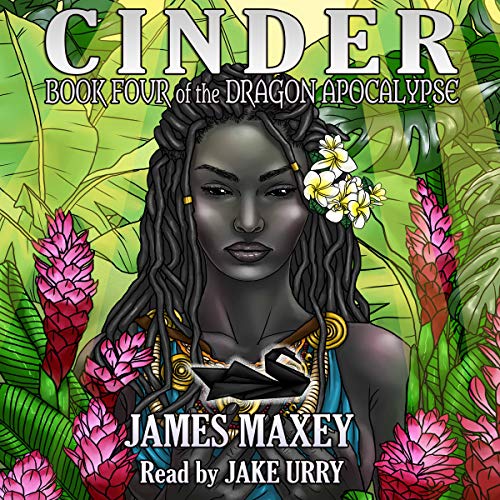 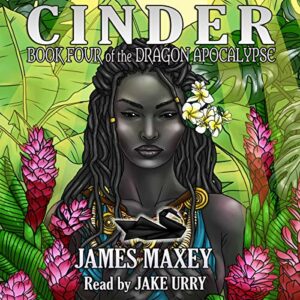 The stunning conclusion to the Dragon Apocalypse saga! Cinder is the daughter of Infidel and Stagger, a child conceived in the land of the dead by a living mother and a phantom father. Now an adult, Cinder possesses the power to travel freely between the realms of the living and the dead. Due to her unique talent, she’s recruited by the ghost of Father Ver to journey to Hell to rescue Sorrow, Slate, and the Romers, friends of her mother who’ve become trapped in Hell after their escape from Limbo. But when the primal dragons turn their wrath against mankind, will there be a living world left to come home to?

Book four and conclusion to the Dragon Apocalypse. The world is in terrible danger, and our friends have been trapped in Hell for the past twenty years, frozen in time. Life has gone on and things are changed in the world. Infidel is back in this book, and Stagger too, briefly but satisfyingly. The complex world-building Maxey has created at last has a conclusion here. It is rewarding to see how everything gets tied together in the end, and how many of the events in the previous books were just laying the foundation for this one. A lot of preparation and planning has gone to climax in this last book, and in hindsight, it could not have been any other way.

Like book three, this is again different from books one and two, but this time the story is centered around a new character. There is plenty of mythology already seen in previous books, but there is a lot more of it in this one. Many of the mysteries are explained, and there is a big reveal towards the middle of the story. Many of the events and stories from previous books will not make sense until this reveal, and when this is reached everything will fall into place.

Even though this book is centered on the figure of Cinder, all characters in previous books appear again, as each one contributes to the final outcome. There are heartbreaking moments, but also redeeming and glorious ones. The world will never be the same after this final book.

Jake Urry did again an excellent job narrating the story and voicing the characters. This was a difficult book as all characters from previous books make an appearance here, and keeping things consistent is not an easy feat. Urry also transmitted their emotions, bringing them to life in such a way that they will stay with the listener for a long time.

This has been one of the best fantasy series I have read in a long time. I absolutely recommend it to anyone into fantasy and complex stories with great world-building. You will be changed after listening to the complete tale.