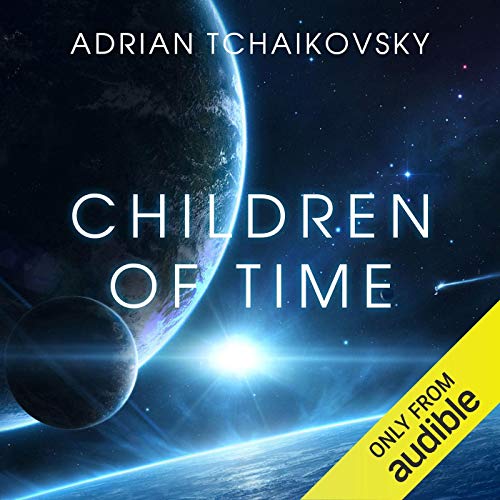 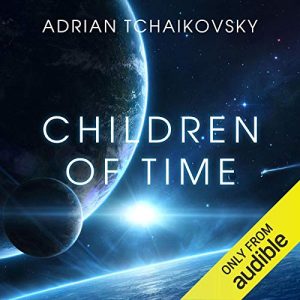 A race for survival among the stars... Humanity's last survivors escaped earth's ruins to find a new home. But when they find it, can their desperation overcome its dangers?
WHO WILL INHERIT THIS NEW EARTH?
The last remnants of the human race left a dying Earth, desperate to find a new home among the stars. Following in the footsteps of their ancestors, they discover the greatest treasure of the past age—a world terraformed and prepared for human life.
But all is not right in this new Eden. In the long years since the planet was abandoned, the work of its architects has borne disastrous fruit. The planet is not waiting for them, pristine and unoccupied. New masters have turned it from a refuge into mankind's worst nightmare.
Now two civilizations are on a collision course, both testing the boundaries of what they will do to survive. As the fate of humanity hangs in the balance, who are the true heirs of this new Earth?

A failed experiment is the seed of Children of Time. Dr. Avrana Kern releases a virus on a terraformed planet with the goal of accelerating the evolution of a group of monkeys sent from Earth. Still, the monkeys will never make it to the planet. The virus shows a clear affinity for spiders, making them evolve and create their own society. Several hundred years later, the last humans from a dead Earth arrive in the system on a colony ship, decided to inhabit the green planet, but Avrana Kern will not allow anyone to interfere with her experiment.

There’s a lot of good stuff in this book. The premises are mind-boggling and intriguing, and the world-building is very ambitious. This is definitely a book about diversity and sameness, and the recognition of both species as sentient and at the same level just makes it all worth it. I found the concept so alluring, that my intention was picking up the next book in the series after finishing this one, but for the life of me, I can’t do it right now. This was an interesting and very dense read, unlike anything I read lately, but still, I need to take a break. I am definitely more in love with this book’s idea than with its execution.

The not so good stuff: I definitely missed some more character development. There were plenty of interesting things going but I couldn’t relate to any of the characters, nothing sparked any emotions. There are two main characters on the human side and several kinds of “recurrent” characters on the spiders’ side. When I say recurrent, I don’t mean exactly that, but the same names are reused for key spiders over the years. I know their society is completely different than ours, but the choice of reusing the same names didn’t help with the feeling that the characters were underdeveloped. The humans do have unique names, but character development was also lacking. I wanted to feel moved by Lain and Holsten’s story but the depth just wasn’t there.

The plot has a couple of Deux ex Machina twists, including the end. Somehow I expected a bit more from the whole story. It’s well written, and the subject is fascinating, but the execution could have been so much better. I’m curious about where the story is going after this book, but I need a break. This wouldn’t happen if I could relate to at least one character, but the truth is I don’t miss any of them.

Mel Hudson’s narration felt flat, monotonous, and rushed, which was why it took me some time to get into the story. Holstein and Lain’s voices sounded exactly the same, and without evident pauses between their discourses, which made following dialogs difficult.

This book made me somehow think about The Dragon’s Egg by Robert L. Forward, but while I was able to connect to Forward’s characters, it just didn’t happen with Tchaikovsky’s. It’s still worth a read just because it’s an interesting concept.