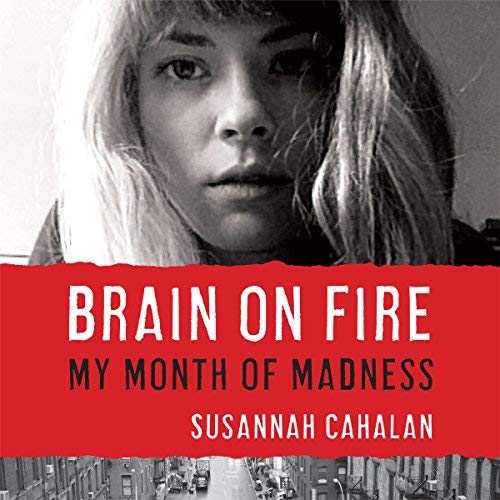 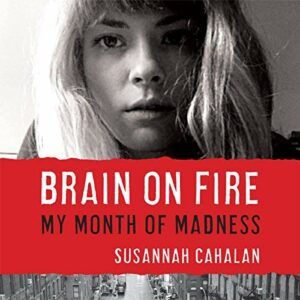 An award-winning memoir and instant New York Times bestseller that goes far beyond its riveting medical mystery, Brain on Fire is the powerful account of one woman’s struggle to recapture her identity.

When twenty-four-year-old Susannah Cahalan woke up alone in a hospital room, strapped to her bed and unable to move or speak, she had no memory of how she’d gotten there. Days earlier, she had been on the threshold of a new, adult life: at the beginning of her first serious relationship and a promising career at a major New York newspaper. Now she was labeled violent, psychotic, a flight risk. What happened?

In a swift and breathtaking narrative, Cahalan tells the astonishing true story of her descent into madness, her family’s inspiring faith in her, and the lifesaving diagnosis that nearly didn’t happen.

Susannah Cahalan was just 24 years old, when working as a reporter working at the York Post, she started experiencing strange symptoms that were first diagnosed as a mental disorder. Only later on, when all hope was lost, doctors found the root cause, and this surprised everyone, even the medical community.

The book written by a journalist and it shows in the writing style. Sometimes it feels more a documentary than a memoir but it was intended since one of her goals was informing about a rare disease. It was good though, and she kept the diagnose from the reader until halfway towards the end, so it gets you hooked because what’s happening to her is terrible and you want to know what is wrong with her. I expected a more personal book perhaps but there are tons of useful information for other sufferers.

Heather Henderson’s narration was the perfect match for this book. She transmitted Susannah’s emotions well, but she also used an informative tone that went well with the divulgation parts of the book.

As a sufferer myself of an autoimmune disease, this book resonated with me. Very often, doctors are only looking for horses to be able to realize that they have a zebra in front of them. Sometimes we are undoubtedly our best advocates, and books like this one give us more strength to look for root causes and to fight to find a diagnose and maybe a cure.