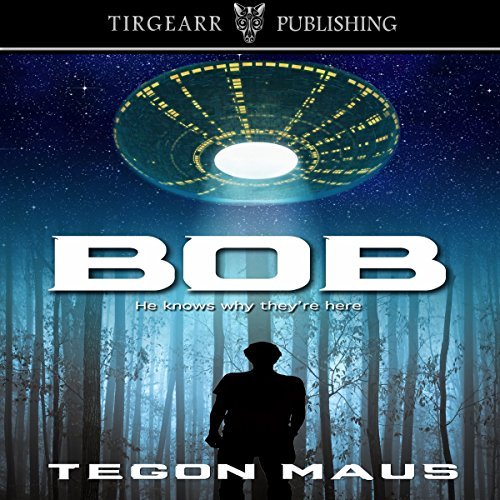 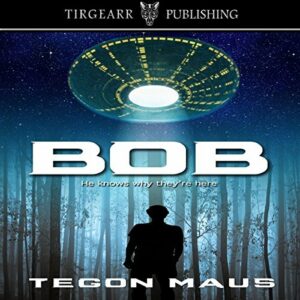 Strange lights in the night sky. The baffling case of a woman locked in a basement and two words, repeated continuously by his friend and guide…’IS BELT.’

Peter Anderson is a newspaper reporter with a career on the slide. After 27 years he’s all but washed up and overlooked for the best jobs.

Sent to cover what seems like a mundane piece, about a series of strange lights in the night sky over Arizona, Anderson suddenly finds himself embroiled in one of the strangest events of his life.

Suddenly, out of nowhere, the tedious job becomes a puzzling mystery. A mysterious young woman, trapped in a basement, diverts his attention from the job in hand. She is rescued by Anderson then promptly disappears before he can learn any more about her. And there’s still the lights.

As he returns to investigate them he uncovers more questions than answers. And then there is those two words, repeated over and over again…

My original Bob audiobook review and many others can be found at Audiobook Reviewer.

Journalist Peter Anderson is after a great story: some strange sky lights and the possible abduction of some people. But word gets out and there are some agents that want to silence Peter, and chase him and his friends.

I didn’t know what to expect from this book, but it has been a great surprise. The story is nothing out of the ordinary, but it’s told in a very funny way, and the characters are unique and charismatic. I especially enjoyed Bob and his multiple cousins. Curiously, Bob is not the main character in this book, Peter is, but Bob is who interconnects everybody in this story.

Bob’s cousins, and Bob himself, are all very colorful characters, but I think Fred is one of my favorites. There are some hilarious scenes between Fred and Peter that would just justify reading this book.

We get an open ending, that is not my favorite thing, but I think it works well with the rest of the book. It’s just a light reading so even though the ending didn’t leave me thinking about it, I consider the book a success. It made me laugh out hard, and I think this was Maus’ main goal.

Jonathan Cook delivered excellent and very expressive characters’ interpretations, making Bob and his cousins shine. I had troubles several times though, distinguishing Peter from other characters, even female. As there are several scenes with more than two or three characters, this made the dialogs a bit confusing. I also noticed a bit more reverberation than what I am used to, and it bothered me a bit at the beginning of the audiobook, but I got used to it after a while.

I really enjoyed this book, and as I was in need of a pick me up, it was the ideal one for it: hilarious, light, and with charismatic characters.