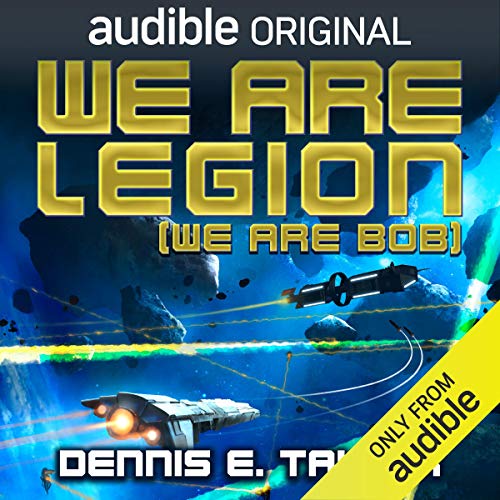 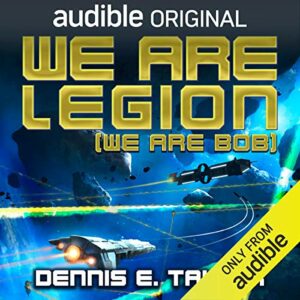 Alternate Cover Edition can be found here.
Bob Johansson has just sold his software company and is looking forward to a life of leisure. There are places to go, books to read, and movies to watch. So it's a little unfair when he gets himself killed crossing the street.
Bob wakes up a century later to find that corpsicles have been declared to be without rights, and he is now the property of the state. He has been uploaded into computer hardware and is slated to be the controlling AI in an interstellar probe looking for habitable planets. The stakes are high: no less than the first claim to entire worlds. If he declines the honor, he'll be switched off, and they'll try again with someone else. If he accepts, he becomes a prime target. There are at least three other countries trying to get their own probes launched first, and they play dirty.
The safest place for Bob is in space, heading away from Earth at top speed. Or so he thinks. Because the universe is full of nasties, and trespassers make them mad - very mad.

This book has been on my TBR pile for quite some time, but I only found time to listen to it recently. I heard and read so much about this series that I was looking forward to it. I really enjoyed it but I think I expected a funnier and lighter story somehow. Engineer Bob makes an important sum of money selling his company and purchases an afterlife kit, just to die in an accident shortly after. At the time he is revived, entities like him no longer have rights and must act as the government dictates in each case. Bob is sent in a space probe in search for new worlds while competing with other countries in a violent and dangerous race.

The title of this series comes from the fact that Bob has the ability to make copies of himself. Bob is a down to earth character, immature at times but quite ingenious. Some of his questions and internal struggles are quite philosophical, and I liked the fact that this book made me think and question things. Although he faces crucial events, the tone of the story is a light one, humorous and hilarious at times. In some ways, I would consider this book as hard science fiction, as it touches subjects like evolution and mechanics in a detailed way. I found some of Bob’s alter egos funny, while others were serious. I especially enjoyed Bob, and Riker and Homer storylines, probably because Bob was the first of them, and because Raiker and Homer’s storyline is the one that sets the principles for the rest of the series.

I had a great time listening to this book, but I have to say that even though I quite liked Bob and his lineage, I had difficulties to feel attached to them. It was probably because they were sprouting like mushrooms, and also because there were immortal and not subject to human limitations. I enjoyed though, sharing the new experiences that their new bodies allowed them. I think it was a great experiment.

I think Ray Porter did an excellent job at creating the illusion of having multiple and singular Bobs, and his voice range and acting skills were key at narrating this story. He not only became Bob but was also able to bring to life the rest of the characters, Bobs and not.

I found the book very interesting, and a must-read for science-fiction fans. Just do not expect anything in particular and keep an open mind.