Posted May 20, 2019 by lomeraniel in Audiobooks, Post-Apocalyptic, Review, Zombies / 0 Comments 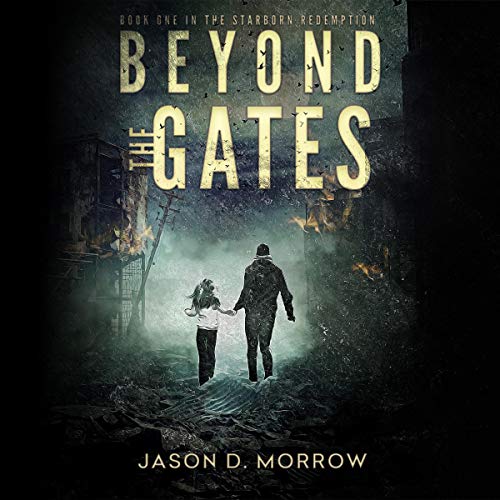 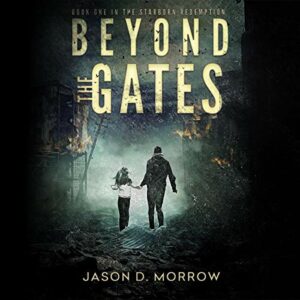 The Containment Zone is a 500-mile radius surrounded by mountains and closed in by gates. No one can leave, and anyone who tries will die. Within are lawless bandits, corrupt soldiers, and once-human greyskins that hunt down people to spread the virus. Some say the Containment Zone is where the greyskin virus originated. Others say the people inside are little more than lab rats being studied by the nefarious Screven government.

When twelve-year-old Skylar and her father, Liam, are caught trying to escape, they are taken to Vulture Hill, a government prison camp no one has ever left alive. Inside the prison, Skylar learns that the facility is little more than a testing site for finding people of a certain bloodline—the Starborn. These are people with special powers that manifests in various spectacular ways, and Screven wants to exploit them.

Skylar has always known there was something special about her family. For years, her father has had the ability to completely numb pain with just a thought. Lacerated skin, broken bones, they can all be ignored with enough concentration. Learning that her father is a Starborn means Skylar is probably one too, placing them both in extreme danger.

Now, father and daughter must do the impossible and break out of a prison known for killing so many. But Liam has leverage the government may be willing to buy—the cure for the greyskin virus.

The first two books of The Starborn Redemption are set 40 years after The Starborn Ascension and 17 years before The Starborn Uprising. Each Series can be read independently.

Forty years ago, a dangerous virus began devastating humanity, and the greyskins were born of the ashes of the dead. Where Skylar and her father live, the concentration of grey skins if far worse than in the rest of the world, so the government decides to isolate the area, which is then known as the Containment Zone. No one is allowed to leave this area, and trying to do so is considered a crime. Skylar’s father has found a cure for the virus, but as it can’t be mass produced, so he keeps it a secret, until they are both captured and sent to a prison camp. Maybe then he needs to bargain for their lives.

I like the post-apocalyptic genre but I normally don’t do zombies. I don’t know exactly what it is that does not attract me at all but it is a fact. The same happens with vampires. I’m not sure if it’s due to the fact that I find it so hard to believe in them or because they awaken a primal fear in me that I dislike.

Well, there are zombies in this book, but it is not a book about zombies. It is a story about a father and a child that could have very well happened in a prison camp of Nazi Germany. There’s deception, sacrifice, danger, survival, love, and a corrupt government that makes and bends the rules just to make some rich and not caring about the social well being.

There is not a lot of world-building, and we don’t really need it. This is the old story of a sick society and the little power of an individual to change things. The characters are interesting, even I think we will know more about them in future books. There is a kind of detachment on the characters that may strike as surreal, like the lack of emotion regarding the death of one of the prisoners, but I believe it to be a defense mechanism against the daily horrors in the prison camp.

I enjoyed the raw narration by Stacy Gonzalez, and how she was able to transmit Skylar and Liam’s emotions. The book is written in first person, alternating POV from one to the other, and Stacy Gonzalez did a very good job differentiating voices and making us relate to the main characters. I think it was a powerful narration that brought home the horrors lived by Skylar, Liam, and the rest of the convicts.

I am curious about what will happen next, how they will manage to survive. I believe there may still be some important role for some secondaries to play in future books. I also want to see the levels of conspiracy the government has in store.