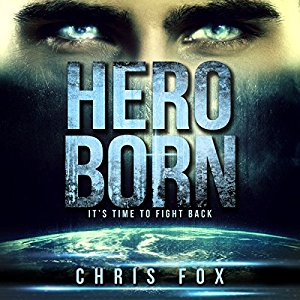 David and Gillian, amongst others, have been abducted by the grey men, to find years later that they were gifted with various extraordinaire abilities without knowing exactly why. The grey men seem to be following a pattern, since in some cases, several members of the same family have had similar experiences. The grey men are using humans to do experiments and disposing them when they are of no further use. David, Gillian and Calista get caught in between MonCorp and the grey men, not fully aware that this war could mean a lot for the future of mankind.

This is not just about alien abductions as it may seem at the beginning, it is so much more, incorporating ancient history and some hypothesis that have been around for a long time. This story feels like a mix between the X-Files and the X-Men, with some touches of the Matrix. I couldn’t help but thinking that the names David and Gillian were a reference to the X-Files main characters’ real names.

There are quite some geeky details along the book, and this could be a good or a bad thing depending on the audience. For those who are not interested in things like software programming or networks, some paragraphs may be a little bit hard to digest, but if you are into this sort of things, you will enjoy how David communicates with computers and processes data packets with his mind. And you wish you could do it too!

One thing that stroke me as strange was that in the first meeting at the company where David was working, the author did not mention any physicist working at the project, making the programmers the only relevant figures. In any project where you are working with the speed of light, you should have several physicist involved.

The book feels fresh and young, and it is clearly aimed at a young public, mentioning social media as Tumbler and making references to the Matrix and Doctor Who. The story is steadily paced and one feels like watching an X-Files episode.

Unfortunately this first book is just an introduction to Project Solaris, and it opens many more questions than the ones that were answered.

The narration done by Ryan Kennard Burke was good and very clear but I would have appreciated a little bit more tone variation when interpreting different characters, since at times I did not know who was talking and I needed to pay extra attention.

The audio production was correct but there are some seconds at the end of chapter 32 (12 minutes to the end of the book) where there is a clear change in the voice. I guess some audio edition was done there, but it could have been done more seamlessly.

I think this is an enjoyable book which I would recommend to any science fiction lover, especially if they are into geeky and nerdy stuff.