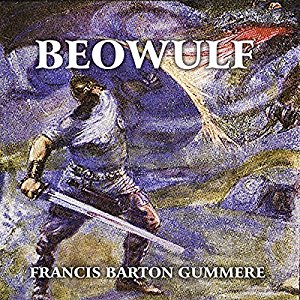 The oldest work in the English language is thriller of monsters, blood and honor

The national bestseller and winner of the Whitbread Award. Composed toward the end of the first millennium, Beowulf is the classic Northern epic of a hero’s triumphs as a young warrior and his fated death as a defender of his people. The poem is about encountering the monstrous, defeating it, and then having to live on, physically and psychically exposed in the exhausted aftermath. It is not hard to draw parallels in this story to the historical curve of consciousness in the twentieth century, but the poem also transcends such considerations, telling us psychological and spiritual truths that are permanent and liberating.

Beowulf is considered to have been composed between the 8th and the early 11th century. According to Wikipedia, it was first PUBLISHED in 1814 in a version by John Josias Conybeare.

Originally written in Old English between 8th and the early 11th century, there are several translations available. This one is translated by Francis Barton Gummere in 1909.

Even though it’s written in Old English, the story is set in Scandinavia. It tells the story of Beowulf, who got to defeat Grendel the monster, and later on its mother. Beowulf will become a hero and return home to become king.

As a Tolkien fan since my early years, I was always curious about this book, and I am glad that I finally had the opportunity of getting my hands in one of its multiple editions.

I found the story entertaining, although a bit hard to follow at times. It was touched to hear about the Middle-Earth and The Lord of the Rings and knowing that this was part of the yeast that inspired Tolkien’s books.

What I had troubles with was the narration. In occasions I need to speed up some audiobooks to keep focused on the story, but in this case I found the narration too fast to be able to enjoy and absorb the poem in all its glory. I found that between 80 and 90% was the ideal speed for me.

For the rest it was an enjoyable audiobook and I am glad that I have finally listened to this poem.

I received a copy of this book in audio format from the publisher in exchange for an honest review.