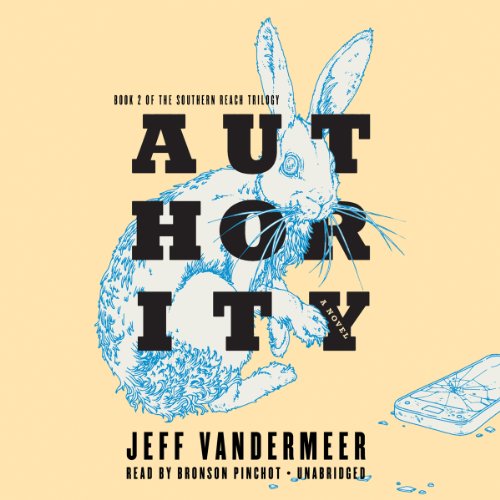 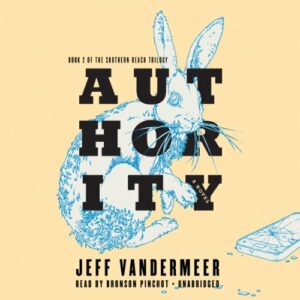 The bone-chilling, hair-raising second installment of the Southern Reach Trilogy
After thirty years, the only human engagement with Area X—a seemingly malevolent landscape surrounded by an invisible border and mysteriously wiped clean of all signs of civilization—has been a series of expeditions overseen by a government agency so secret it has almost been forgotten: the Southern Reach. Following the tumultuous twelfth expedition chronicled in Annihilation, the agency is in complete disarray.
John Rodríguez (aka "Control") is the Southern Reach's newly appointed head. Working with a distrustful but desperate team, a series of frustrating interrogations, a cache of hidden notes, and hours of profoundly troubling video footage, Control begins to penetrate the secrets of Area X. But with each discovery he must confront disturbing truths about himself and the agency he's pledged to serve.
In Authority, the second volume of Jeff VanderMeer's Southern Reach trilogy, Area X's most disturbing questions are answered . . . but the answers are far from reassuring.

I did not like the first book in the series six years ago, but I did when I re-read it some days ago. I could not get through the first few pages of Authority back then, but I had hope for this time around. False hopes I must say.

The tone is completely different from the first book. It is also told from one of the character’s point of view, in this case, a guy who calls himself Control, who is director of the Southern Reach after The big difference is that this time the story is narrated in third person, and it succeeds in being terribly boring.

Absolutely nothing happens most of the time, and there is not much more than Control’s ramblings and memories from Control’s past: the smell in his office, his mother, his father, his grandfather, and a lot of nonsense. A small part of it has some relevance, but it doesn’t justify the length of this book. It is terribly long-winded and seems focused on saying nothing with lots of words. There’s a big reveal towards the end, but I cannot, for the life of me, understand why ten hours of suffering were needed to get there.

I have only endured this book because I want to read the next book and complete the series. I am still not sure if it will be worth it but if I made it here I might as well finish it. There were some good bits, and the story moved forward towards the end, this is why I gave it two stars and not one. This is a book that can be skimmed and read with little attention. For me, it was the only way to get through it.

Bronson Pinchot’s narration was okay but terribly monotone. It did not do the book any favors, but the story was already boring to begin with, so making this audiobook interesting was quite a difficult task. There was not a lot of voice differentiation among characters, and Pinchot’s female voices were not great.

I hate giving bad reviews, but I have to be honest. My only reason to finish this book was that it is part of a trilogy and I actually liked the first book. The fact that the second book is so different from the first one gives me hope that the third might be different again and good like the first one.