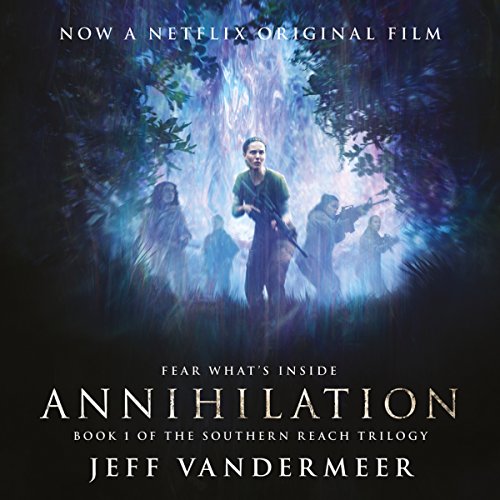 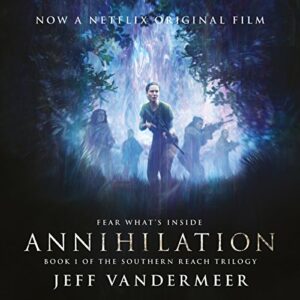 Area X has been cut off from the rest of the world for decades. Nature has reclaimed the last vestiges of human civilization. The first expedition returned with reports of a pristine, Edenic landscape; the second expedition ended in mass suicide, the third in a hail of gunfire as its members turned on one another. The members of the eleventh expedition returned as shadows of their former selves, and within weeks, all had died of cancer. In Annihilation, the first volume of Jeff VanderMeer's Southern Reach Trilogy, we join the twelfth expedition.
The group is made up of four women: an anthropologist; a surveyor; a psychologist, the de facto leader; and our narrator, a biologist. Their mission is to map the terrain, record all observations of their surroundings and of one another, and, above all, avoid being contaminated by Area X itself.
They arrive expecting the unexpected, and Area X delivers—but it’s the surprises that came across the border with them and the secrets the expedition members are keeping from one another that change everything.

Six years ago I only gave two stars to this book. I decided to read it again and, somehow, this time around I enjoyed it a lot more than than the first one. I did not remember much but I had a general idea of what the book was about. It is a psychological horror story mixed with science-fiction. The reader is not given much information about the X zone, but the main character knows just a little more. Four women conform the twelfth official expedition to this mysterious area, which is each constantly growing and no one comes back from it being the same.

The story is told in first person from the biologist’s point of view. The book is very well written and grips the reader’s interest by giving little information and formulating various hypotheses without real knowledge of what is going on. The X zone is the fifth character in this story, mysterious, treacherous, and full of wonder. There are several flashbacks to the biologist’s pass which gives us some information about her and her possible motivations to join this dangerous expedition. She is not especially likable, as none of the other three women are, but it is the only way we have to know what is going on on the X zone, and everything is being filtered by their experiences and ways of seeing the world.

Carolyn McCormick narrates this book. I have already liked her work on The Hunger Games. It is true that sometimes I wish she would be a bit more expressive when interpreting characters, but the ones in this book are all scientists and their attitudes are quite cold and calculated overall, so I think McCormick’s style matched the book well.

Last time I stopped after the first book but this one I will be continuing the series. This story is so weird that I am hooked.