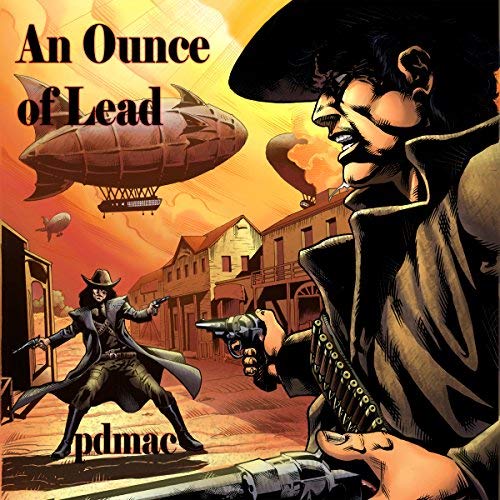 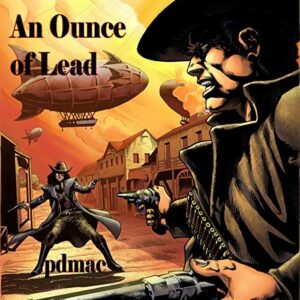 Book 2 of the Tombstone Trilogy -

The Wild, Wild, West with a zombie twist! If you love airships, cool machines, western shootouts and walking dead, you'll be hooked by this trilogy thriller!

Reginald Worthington is a vindictive man. He blames US Marshal Mason Sadler for the death of his only child, the former Mrs. Sadler. Now Worthington wants revenge.

Enlisting the services of a highly skilled team of cutthroats, he dispatches them to Tombstone with orders to kill Sadler and anyone he cares about, especially Belle Dubois, the Bird Cage Theater Madame and the love of his life who just happens to be the new Mrs. Sadler.

Not leaving the Marshal’s demise to chance, Worthington also engages the talents of the Professor and his latest invention, a quadcopter mounted with a Gatling Gun. His mission? Kill Sadler, even if it means destroying Tombstone in the process.

Expecting Worthington’s retribution, the Marshal assembles his own team: the ever resourceful Belle Dubois who just happens to be a Pinkerton agent; two Chiricahua Machinists and their single-seater airships; Johnny Ringo, a gunslinger of questionable repute; and two walking dead, one a 350 year old conquistador and the other a recently murdered miner.

Right now, things aren’t looking too good for the Marshal and his motley crew.

US Marshal Mason Sadler maintains a happy relationship with Belle Dubois, the Bird Cage Theater Madame. But their happiness may come to an end, since Reginald Worthington, a powerful and very rich man, and also father to Sadler’s deceased wife, blames Sadler about his daughter’s death; so he is decided to make Sadler and his loved ones suffer and die.

This was a very entertaining listen. A mix of western, steampunk, and zombies. This, in fact, the second book in a series. I have not listened to the previous book and I could keep up with the story, but I would recommend reading the first book before venturing into this one.

The story starts at a slow pace but it soon picks up speed, and from them onwards there is plenty of action and not a moment of boredom. The characters are quite interesting, although not fully developed. The key points in this book are the action and setting the story takes place in. There is also some humor and a bit of romance.

Steve Wannall did a fantastic job narrating this book and keeping my attention. His characters interpretations are simply amazing. The only thing that cold have been a bit better were the female voices, but since most of the characters are male, it didn’t disturb me.

A very entertaining book, but make sure that you listen first to book one.