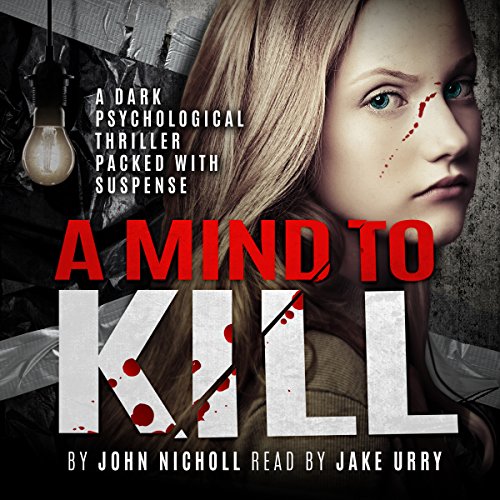 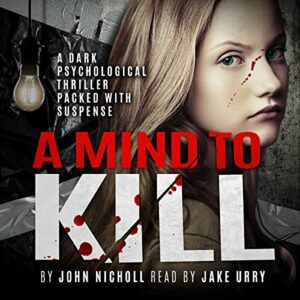 The hunters become the hunted...
When Rebecca's childhood abuser avoids prosecution, it sets her on a path to revenge, revenge on any man who preys on the innocent.
Twenty-three-year-old Rebecca poses as a child online and sets her trap, luring one predatory sex offender after another to their deaths.
When a severed head is found washed up on a windswept estuary beach, the police begin their investigation.
Is vigilante justice ever justified?
Read this chilling new psychological thriller and decide for yourself.

This book was something different from what I initially expected. This is not the story of a child abused by a pedophile, but the story of a grown-up woman taking revenge for what was done to her years ago. The twist of the story is that Rebecca works in the IT department of the local police.

This book is beautifully written, the language used rhythmical, sometimes even poetic, and the repetitions and poem’s excerpts are almost hypnotizing, dragging to the reader to a downward spiral of darkness. Because this is a dark and sometimes crude book, with graphic violence and plenty of gore.

I had mixed feelings when I was listening to this audiobook. On one hand, torture is something repulsive, but knowing what Rebecca’s victims are capable of, it was very difficult to feel sorry for them. It felt somehow so wrong on many levels from both sides, that it was difficult to empathize with any of the characters. I think part of that was due to the fact that none of the characters is really developed. They all have flaws, aspirations, and worries, but I think Nicholl left too much of him in all of them to make them unique. Many had the habit of talking to themselves in a similar way, that made the lines among them to blur. Some of their reactions and worries were similar, so it was difficult to think of them as real people.

The story was gripping but I fail to feel the urgency that I should have. There is not much to be found out. We know who the killer is from the start, and what she does for a living. I guess that the strong point was that she was so close to the police but no one was suspecting her. I think this could have been made more interesting by having some more scenes of her at work, even interacting with the main investigators. Almost all Rebecca’s appearances are of her at home talking to herself, planning, and luring pedophiles to her lair. Integrating both parts of her life from the start would have had me much more intrigued, and I could have cared a bit more for her.

Gravel’s vacation was used, I guess, as a closure to the first book in the series, and to show us that he is addicted to his work. I found the trip a bit distracting somehow, as apart from that it did not show much else, and it broke the rhythm of the story.

Jake Urry’s narration was really good though, and I enjoyed all the character’s interpretations and the various accents he delivered. I am always amazed at how versatile he is. Urry’s narration added interest to the book and his raw tone kept me several times at the edge of my seat.

I think the premises of the story were really good, but something failed in the execution to make this a five-star book. It was nevertheless an engaging story with an excellent narration that makes it worth a listen.