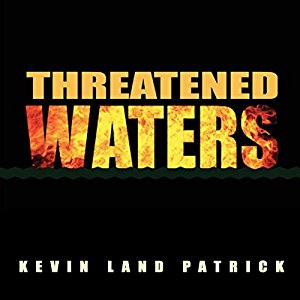 Water as a weapon of war. The world's vulnerable water supplies. While the world reels from Russia’s overtures in its former Republics and the Middle East falls into turmoil, terrorist cells disappear overnight from Europe after meeting with a Russian suspected to deal in unconventional arms. Appearing in the United States through its southern border, multiple attacks on America’s vulnerable water infrastructure threaten to return the United States to eighteenth century conditions. With the intelligence community compromised, a frantic search develops to uncover the plot and what elements or Nation States are behind it. The attacks require a response from a President seeking reelection. But will it be against the wrong target? Are the attacks designed not only to attack America but also bring American retaliation against the antagonists’ real enemy? While the Middle East embroiled in secular conflict and the vulnerable Russian economy edges toward the loss of its natural gas monopoly with Europe, the United States must confront a new understanding of the importance of electricity and water to twenty-first century civilization. And just how vulnerable water infrastructure is to acts which Threaten Waters essential for life.

My original Threatened Waters audiobook review and many others can be found at Audiobook Reviewer.

This time water, or the lack of it, is used as a mass destruction weapon. Several terrorist cells plan several attacks on the United States with the intention of leaving important places without water supply to ensure chaos, and therefore diminish the power of the country.

This is an action packed thriller with multiple subplots and scenarios. I found the beginning a bit confusing since it was difficult to correlate all events. Once I got the hang of it I enjoyed the story till the end.

The book is written in a very dynamic way, alternating places and characters, and we follow the good and the bad guys on this adventure where there is a lot at stake.

This kind of books make me think of what could happen, and it was written in such in interesting way that it does seem plausible, and it is quite scary. It really makes you think about the many points of failure on the water infrastructure.

Something I missed on this one was character development. It is true that it is a thriller, focused on terrorist attacks and global events, but I think it is still important to deliver the story through charismatic characters. This is something I missed here. There are quite some important characters with vital functions in the events, but none of them was close enough to the reader to really connect and care for them.

Alex Knox delivered an amazing narration, providing different voices and accents for all the characters. His interpretation skills were also impressive, and despite some little mouth noises at the beginning of the book, the audio production was excellent. I think his style works very well for this genre.

I thoroughly enjoyed this book, and I would recommend it to anyone who enjoys action packed thrillers set in the present time and with a bit of interest in global politics.