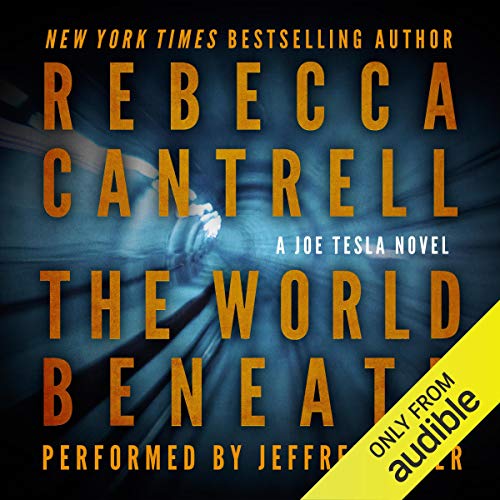 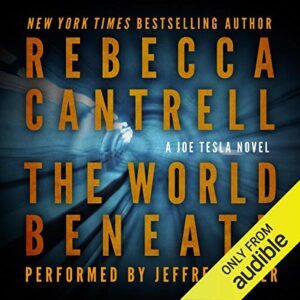 ***Winner of International Thriller Writers's Best Ebook Original Novel award!*** Award-winning and New York Times bestselling author Rebecca Cantrell drops you into a vast, dark world: 100 miles of living, breathing, tunnels that is the New York City underground. This subterranean labyrinth inhales three million bustling commuters every day. And every day, it breathes them all out again... except for one. Software millionaire Joe Tesla is set to ring the bell on Wall Street the morning his company goes public. On what should be the brightest day in his life, he is instead struck with severe agoraphobia. The sudden dread of the outside is so debilitating, he can't leave his hotel at Grand Central Terminal, except to go underground. Bad luck for Joe, because in the tunnels lurk corpses and murderers, an underground Victorian mansion and a mysterious bricked-up 1940s presidential train car. Joe and his service dog, Edison, find themselves pursued by villains and police alike, their only salvation now is to unearth the mystery that started it all, a deadly, contagious madness on the brink of escaping The World Beneath.

Joe Tesla, a millionaire software engineer,  is confined to the New York network of underground tunnels due to his severe agoraphobia. He owns a mansion under New York’s Central Station, and tries to have a life as normal as possible without going to the outside world. During one of his walks in one of the tunnels, he meets a strange man decided to break part of a wall with a hammer, just to discover an old train wagon and several human skeletons behind it. But Joe cannot have a good look at the findings, because this man is insane, and between mumbles about some documents, he threatens Joe with his hammer and goes after him.

I am one of those people who is mesmerized about underground tunnels, always looking out the wagon and thinking about those long and dark tunnels, wondering about the secrets they hide. When I read the blurb of this book, I realized that it was right up my alley, and I have to say that it did not disappoint. This is a quick-paced story in which the past and present intermingle to form a complex plot. Joe not only has to uncover a conspiracy but also fight for his life and the one of Edison, his furry friend. The story kept me on the edge of my seat from beginning to end, and apart from the mystery regarding the strange man and the wagon, there is also the matter of Joe’s agoraphobia, which begun overnight sometime before the events in this book. I enjoyed how Joe’s character was built; even though he was not a very complex character, we get some of his background story, and I felt I knew him from before.

The book was well written with beautiful and rich sentences, and the dialogs that felt natural. The narrative pulled me in from the start.

Jeffrey Kafer did an exceptionally good job narrating this book, using a compelling tone that perfectly matched the story, and also delivering great character interpretations, with subtle voice changes. He brought the characters and the story to life.

This is not my first book by Rebecca Cantrell, as I have already listened to a couple of books of her cozy mysteries series ‘Maliby Mystery’. I enjoyed both genres from this author, and I am definitely looking forward to listening to the second book in Joe Tesla’s series.