Posted May 1, 2021 by lomeraniel in Audiobooks, Horror, Review / 0 Comments 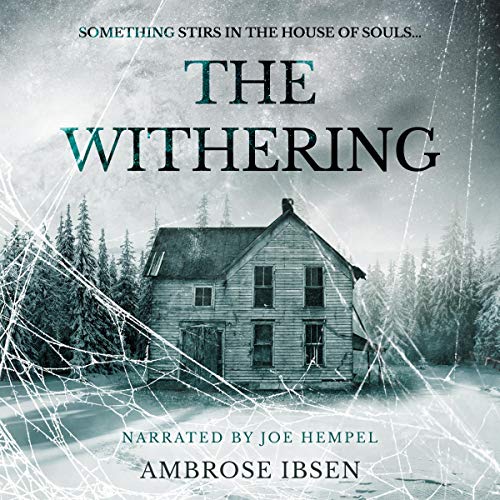 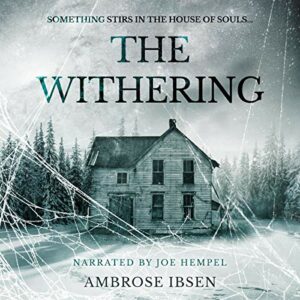 A string of kidnappings has the village of Buffalo Grove, Illinois on edge.
Longtime resident Edgar August thinks he knows who's behind them.

Edgar has a secret. In his spare time, he enjoys looking into his neighbors' windows, observing their private lives and spreading gossip. The old doctor who lives behind him has been acting strangely as of late, and witnessing his erratic behaviors over the course of weeks, Edgar begins to suspect that the retired physician, Marcel Dubois, is the kidnapper.

As his snooping gets more invasive, Edgar becomes convinced that his neighbor is up to something.

But that something, it turns out, is more horrifying than a mere kidnapping.

The Withering is the third novel in the House of Souls series.

Edgar August has too much time in his hands thanks to having quite some money set aside. Equipped with a pair of binoculars, and with the excuse of watching birds, he knows all the ins and outs of his neighborhood. His girlfriend doesn’t understand this obsession, but Edgar must know all that happens in Buffalo Grove, as there have been some kidnappings in the last weeks and something tells him that his neighbor Marcel Dubois has something to do with it.

I enjoyed books one and two in this series, so I was curious what Ibsen had in store for us in this third book. We are already familiar with Marcel Dubois, but the story is from a completely different perspective. The book is connected with the previous ones, but it could be definitely read as a standalone. I think I expected a story that was a bit more related to the previous two books, but I enjoyed it nonetheless. The oppressing and intriguing atmosphere made this book impossible to put down, as Edgar gets closer and closer to his goal and his damnation.

I found the book well written and absorbing but I didn’t especially like Edgar. I think I would have enjoyed it more were I able to relate to him, but it didn’t happen. I’m not sure if this was because he’s a middle-aged man with a very different life from mine, or just because I was not sure of his motivations to find out about what was going on with Marcel Dubois. I guess he was just nosy and didn’t have better things to do with his life. I think I would have liked a character with some clearer goals in life and moral principles. This is just my personal opinion and it might differ from someone else’s.

Joe Hempel’s narration was absolutely sublime, as always. This is one of the cases where I would choose a book for his narrator, more than the story itself. I enjoy horror, but with the many books I have in my TBR pile, I wouldn’t probably have chosen this book if it weren’t narrated by Hempel. He delivered great character interpretations, steady rhythm, and a spotless audio production. Listening to a book narrated by Joe Hempel is always a great experience.