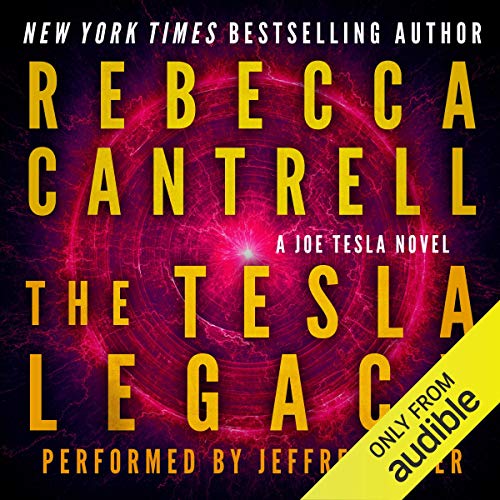 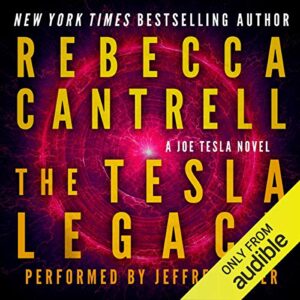 In New York Times bestselling author Rebecca Cantrell's sequel to the award-winning The World Beneath, software genius, Joe Tesla, confronts an equally brilliant and far more powerful foe. Still crippled by agoraphobia and confined to the tunnels under New York City, Joe is haunted by the fact that he cannot even attend his father's funeral. His father's death brings threats to the safety of Joe's underground home: guilt over the broken relationship that can never be healed, a mysterious box of papers inherited from eccentric inventor Nikola Tesla, and a ruthless enemy determined to steal those papers no matter the cost. Mystified by why his inheritance is so valuable, Joe and his service dog, Edison, follow clues left a century ago by Joe's famous ancestor to reveal the power of his family legacy. While Joe must rely on his considerable talents as a hacker, he must also reach out to friends. But whom can he trust as he battles to save his beloved city from . . . The Tesla Legacy?

Joe’s father dies, leaving him an artifact that belonged to Nikola Tesla himself. Something for which the world is not ready for, something that others covet for themselves, even if they have to kill in order to get it.

After listening to the first book in the series not long ago, I looked forward to revisiting Joe Tesla’s world. He is an interesting character, not because he is rich and smart, but partly because he is somehow broken and he is still looking for answers as to what has happened to him. Being super smart adds interest to the mix, as he is able to find the answers to many of the problems he encounters. I really Edison and the relationship they have. Dogs are not often portrayed in books, at least not like in this series. The most mundane and the most surprising aspects of sharing your life with a dog are shown here, and the love between dog and owner is always present. And underground tunnels! That is one of the first things that caught my attention from this series.

Like the previous book, this story was a page-turner for me. I listened to it in a little bit more than a day, and just because I needed to sleep and run errands. The story trapped me from the very beginning, and kept my attention until the end. There were a couple of surprises along the way and the story did not disappoint.

Jeffrey Kaffer did an excellent job, as always, with the narration. His compelling tone kept me on the edge of my seat. He brought the characters to life and kept it consistent with voices and styles. Kaffer is always a safe bet, and a guarantee that it is going to be a good journey. The audio production was spotless.

I am completely hooked to Joe Tesla’s stories, and I will not give up until I find out about what happened to him. I am ready for the third book in the series!