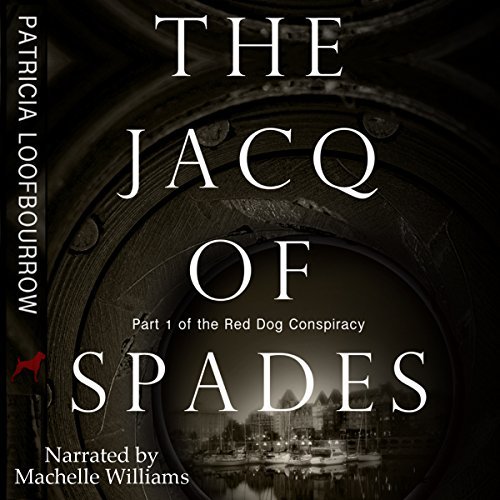 The once-beautiful domed neo-Victorian city of Bridges is split between four crime families in an uneasy cease-fire. Social disparity increasing and its steam-driven infrastructure failing, a new faction is on the rise: the Red Dogs.

Jacqueline Spadros has a dream life: a wealthy husband, a powerful family. But her life is not what it seems. Kidnapped from her mother's brothel and forced to marry, the murder of her best friend Air ten years before haunts her nightmares. She finds moments of freedom in a small-time private eye business, which she hides in fear of her sadistic father-in-law.

Air's little brother disappears off his back porch and the Red Dogs are framed for it. With the help of a mysterious gentleman investigator hired by the Red Dogs to learn the truth, Jacqui pushes her abilities to their limits in hope of rescuing the child before the kidnapper disposes of him.

I so wanted to like this book. A mystery set in a parallel steampunk universe where the main character is a strong-willed woman with a dark past. But I had troubles with it.

We are thrown into the middle of the story with no explanations. Usually I don’t have issues with this. It can take more or less to get into a book, but I am usually able to catch up and grasp things. This did not happen here. It’s not that I felt lost but there were so many things missing in the book that it felt more like a draft than a real story. There are no descriptions whatsoever, and I have no idea how the city was, and how people lived and dressed. I think these details would have enriched this book, especially taking into account that there should have been a special atmosphere it being a steampunk novel.

The book is narrated in first person, from Jacqueline’s point of view. We get a lot of some character’s background story through her thoughts, which I found tiresome at times. I have to confess that I had some troubles keeping up with all the names, since we just got background stories in bursts but very few descriptions and dialogs.

The action is quite slow, and the story drags quite a lot, but it still held my attention and I wanted to see how it finished.

Until here it could have been an okay book, a little confusing and with little world building, but interesting enough to keep me listening until the end. The narration was not bad per se. Machelle Williams’ narration skills are good, and her interpretation of Jacqueline was spot on. She didn’t differentiate enough between characters voices, but that was mostly okay. What I couldn’t stand was the audio production. It seems the quality of the recording was not good enough because it was all over-processed, eliminating all the high frequencies, and making Williams’ voice sound very muffled (especially the ‘s’). I wonder if she had a problem with plosives that could justify this heavy processing. There are many audio edits, especially towards the end, and at least one of them is without processing, making it very noticeable and distracting. Her breathing was very noticeable here, so I am inclined to think that this was one of the causes for the audio processing.

I don’t know how I feel about finishing this book. I could have just dropped it, but the story was enough to make me finish it. Nevertheless the narration and audio production made this more a chore than a pleasure. If you need to over-process your audio, maybe you should improve your recording skills or upgrade your booth and recording equipment.

I received this audiobook as part of my participation in a blog tour with Audiobookworm Promotions. The tour is being sponsored by Patricia Loofbourrow. The gifting of this audiobook did not affect my opinion of it.