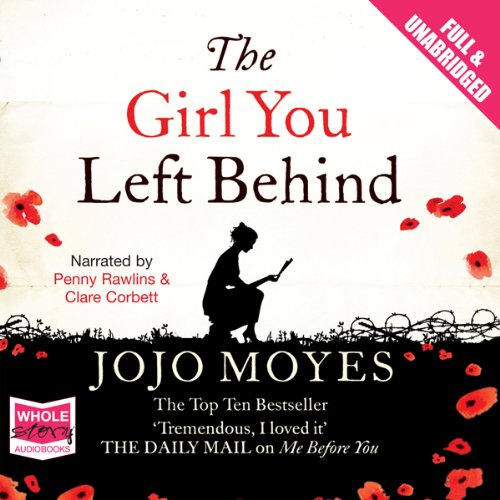 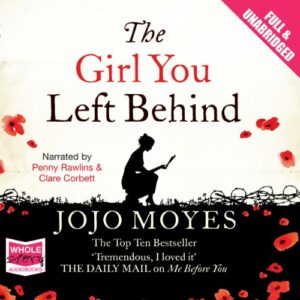 From the New York Times bestselling author of The Giver of Stars, a sweeping bestseller of love and loss, deftly weaving two journeys from World War I France to present day London.

Paris, World War I. Sophie Lefèvre must keep her family safe while her adored husband, Édouard, fights at the front. When their town falls to the Germans, Sophie is forced to serve them every evening at her hotel. From the moment the new Kommandant sets eyes on Sophie’s portrait—painted by her artist husband—a dangerous obsession is born.

Almost a century later in London, Sophie’s portrait hangs in the home of Liv Halston, a wedding gift from her young husband before his sudden death. After a chance encounter reveals the portrait’s true worth, a battle begins over its troubled history and Liv’s world is turned upside all over again.

This book was recommended to me by several people, and although I’m not really into romance, I thought the historical fiction portion of it could make it worthwhile. It was an interesting book as we have two different timelines separated by a hundred years. During WWI, Sophie Lefèvre leaves her glamorous life in Paris, while her husband is sent to the front, and goes to St Péronne, to help her sister at family the hotel. The Girl You Left Behind was the painting Edouard made of her during one of their first dates. During the war, she hung it at the hotel, and a German Kommandant becomes interested in it and Sophie. One hundred years later, in London, the portrait is hanging in Liv’s bedroom. The painting, which was a present from her deceased husband, is suddenly claimed by a company specialized in recovering stolen art pieces.

As I’ve said, it was an interesting story, but I think I would have enjoyed it more were I more invested in the characters. Life in occupied France was hard, reckless, but I wasn’t able to relate to Sophie and I didn’t understand why he acted as she did. The book is presented as a romantic story, but beware that there is also abuse, coercion, and rape. And if I had issues relating to Sophie, Liv was even more alien to me. She was a damsel in distress, a princess stuck in her high castle, who left her career when she got married to her perfect husband. She was fighting to keep a portrait even if she had to lose everything in return. I just simply couldn’t understand her. She somehow lacked the necessary backbone to function normally but she then got obsessed over a simple material object and risked losing everything she had.

I think this book is for dreamers and romantics, and I might not be enough of any. I also found that women were beings to be rescued by men, whose main goal was saving women, like when David saved the American woman from a stressful situation, or Paul trying to save Liv again and again.

The dual narration was well done. Sophie’s parts were narrated by Penelope Rawlins, and Liv’s by Claire Corbett. Ravlins’ French accent was well done, but it was too strong and her male characters sounded too nasal. The character interpretations were good and very expressive. There were volume differences at times and the volume got too loud when characters were screaming. Not an ideal experience when wearing headphones. Corbett’s narration was in general well done, less expressive than Rawlins’ but more uniform. There was a repeated sentence that shouldn’t have made it to the final mix.