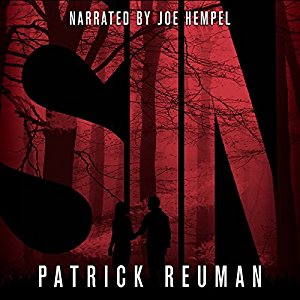 Ryan and Zoey are a couple of teenage students living in a small and boring town. They need to look for new ways to have fun together so they decide to go camping. The idea may have been a good one but the disappearance of one of their school friends’ mother is still lingering in town, so they go without telling the truth to their parents. By simply bad luck that night they get a pouring rain that soaks completely their tent, so they seek refuge in a house in the middle of the woods. But their hosts are not what they seem.

I have mixed feelings about this one. One one hand it is a good story, and very well executed, with a couple of unexpected twists and the right dose of horror and gore. On the other hand, the fact that Ryan and Zoey just left the tent without checking if their phones struck me as weird, because first, they were at night in an unknown location, and second, can teenagers really forget their phones behind? It is mentioned that they were probably soaked and not working but they never checked. This does not seem plausible to me.

There was another detail that I found odd, and is the way marking the way they follow. It is a modern version of Hansel and Gretel’s bread crumbs. I found this strange and even stupid at first, but it really matches the rest of the book, where Ryan and Zoey, our modern Hansel and Gretel find a house with unexpected consequences.

My reason to have listened to this book is the narrator. I like Joe Hempel’s work so much that it is difficult for me to skip a book that he narrated. Again, I was not disappointed. He has a special talent to transmit emotions, and I think his style works very well for horror.

Despite the mentioned details, it was a good story, with some unexpected twists that will have the listener thinking for a while after the book is finished.