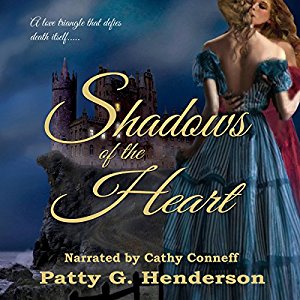 Annalee Stewart belongs to a prestigious family in England during the 1820s. But after his father lost everything on gambling and his posterior suicide, Annalee’s life changes drastically. Her only option is getting hired as a companion for a rich lady. She is recommended to take care of Lady Leonore Blackstone, a very fragile woman who lost had a miscarriage and is not able to get pregnant again. Annalee falls immediately in love with Leonore, and will try to find out what is wrong with her Lady’s health.

I am not much for romance, but I was curious about how an LGBT romance in the XIX century would go. The books is beautifully written, and their characters are presented and described with all kind of rich details. I found interesting how daily life in the castle was, and found odd how much free time Annalee often had.

There is a third important woman in this story: Victoria, Leonore’s sister in law. I think she is one of the most interesting characters in this story due to how different she is from the rest, and how she rejects many laws of society. She is also strong willed and intelligent.

I have to say that the end of the book was quite predictable, but I really hoped Henderson was going to surprise me. And she did, but not how I wanted. The first half of the book is compelling, having the listener wanting to know how these relationships will work out; but the second half is depressive and anticlimactic. We foresee what will happen and realize that Annelee will not to do enough to prevent it. I felt helpless seeing how Leonore, weak and without personality, let everyone decide about her, and Annelee, with a bit more judgement than Leonore, did nothing to help her. It was like seeing a disaster coming in slow motion: heartbreaking. I am sure that if it had depended on Victoria, things would have happened in a very different way.

Cathy Conneff did a wonderful interpretation of the three woman in this story. She transmitted their feelings and brought the characters to life. I missed some variation in voice range and the male voices need more work. Leonore had a different accent that I was not able to place but discovered later on that she was French.

It was an interesting read, quite different from what I am accustomed to. I think it would interest to anyone into romance and victorian novels.