Posted May 19, 2020 by lomeraniel in Audiobooks, Mystery, Review, Thriller / 0 Comments 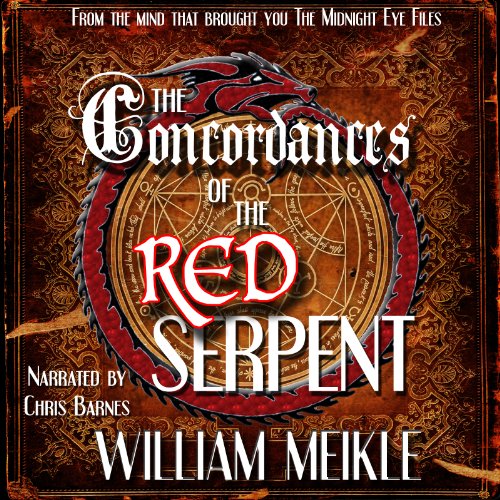 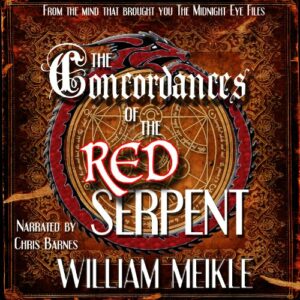 Patty Doyle holds the secret to eternal life, but it may only bring her an early death. Patty is working on a journal of a 14th Century alchemist. But after mentioning it in her blog she gets to the office to find everyone brutally murdered. Now she's on the run pursued by a killer who wants the secret of eternal life it contains. The Concordances of the Red Serpent is a thriller set in the USA, Canada and Scotland and echoes back to the glossy caper movies of Hitchcock. Mix with a bit of Da Vinci Code type musings on alchemical secrets and stir well.

Patty Doyle leads a regular and boring life, but one drunken evening she spills the beans about her work on her blog, accusing her boss of incompetence among other things. Her accusations are not her downfall though, but the mention of the old manuscript she is working on. The next day, all her colleagues are murdered, and a stranger urges Patty to escape with him.

Some people have compared this book to the Da Vinci Code, as we deal with an old book that mentions an old myth, which is supposed to be real in the story. Due to the nature of this “truth”, several parties are interested, and will even kill if necessary. I have to say that even though this is not my kind of book, the story kept me engaged and intrigued almost until the end of the book. Towards the end, I lost a bit of interest, as I am not into paranormal events, but I think people into this kind of literature will enjoy this one.

The characters were okay, realistic, almost relatable, but there was something missing that prevented them from feeling completely alive. I think it would have helped if they were more developed. I understand the motivations they had to act how they did but I just did not completely buy it. Alex was supposed to be a charmer, as Patty left a boring but secure life behind to be on the lam. I see the what Meikle wanted to transmit here but just did not see the same appeal Patty did. I liked the two cops and their relationship, but I think it would have needed some more work to make me really care.

Chris Barnes’ narration was a nice addition to the story with his musical Scottish brogue and clear enunciation. The voice changes when interpreting characters were subtle but clear enough to make following the dialogs easy. I missed some accents in the book, but the narration was pleasant and effective. Chris Barnes’ narration led me to think that the story was initially set in Scotland, but this was not the case. Patty resides in New York, and the first events occur there. Only the second half of the book happens in Scotland. My mistake, for assuming things too early.

Overall, I enjoyed this audiobook, and I would recommend to anyone into this kind of books about arcane myths.