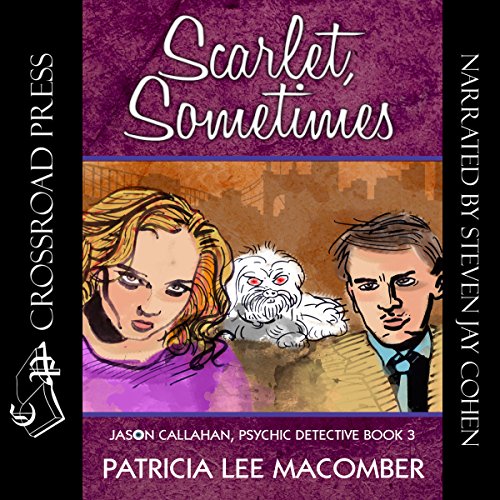 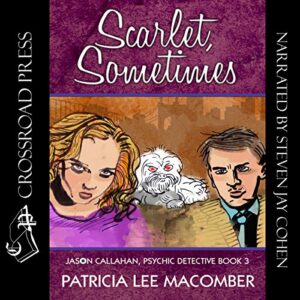 Scarlet Mitchell wakes up on the floor of her boss's apartment. Her boss is dead and to make matters worse, Scarlet is holding the bloodied murder weapon. With no recollection of the previous night whatsoever, Scarlet turns to the only person who can find the answers she needs: Jason Callahan. Together with Trina Dane, local psychic and columnist for the city newspaper, they begin to dig into Scarlet's past. Things in Trina's world are never what they seem and when they finally get at the real truth, it's much worse than simple murder. As always, the best laid plans go awry. In spite of rogue demons, possession and a trip to the hell dimension, Jason and Trina manage to solve the case, but not before they unleash hell on Earth. And as always, hilarity ensues.

Jason Callaghan and Trina Dane have a new strange case to investigate. Scarlet wakes up one morning stained with blood in her boss’ apartment beside his corpse but has no recollection of the last twelve hours. She doesn’t think she killed, but did she? Callaghan is hired to prove her innocence, but he’s not even sure of it.

These paranormal mysteries by Patricia Lee Macomber are very entertaining. I have listened to the previous book in the series and I was looking forward to this one. It’s well written, with interesting characters, and subtle humor that makes this a light read. The story was bizarre enough to pick my interest and keep me engaged. Scarlet was a likable character but it was impossible to know what could have or have not happened. I also liked how fresh the dialogs felt, which helped to make the characters more vivid.

Steven Jay Cohen’s soothing voice and expressive narration contributed to a very enjoyable experience. He delivered excellent character interpretations and unique voices and styles for each of them, all done in a subtle way that didn’t interfere with the story. Listening to Steven Jay Cohen is always a pleasure, he could read the phone book and I’d listen to it.