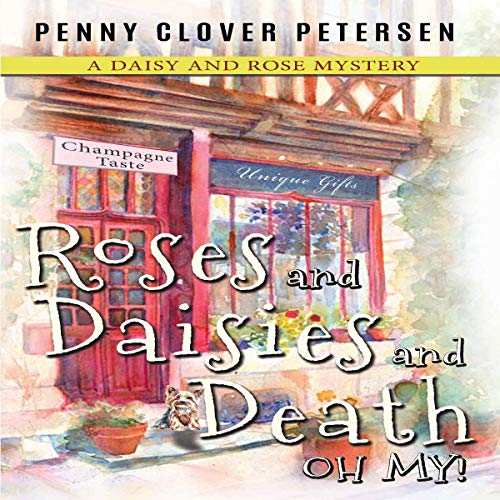 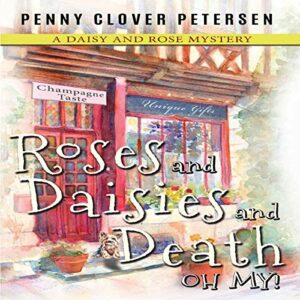 Nothing ruins a peaceful morning walk like finding a blood-spattered body. And Daisy Greene and Rose Forrest, sisters and co-owners of Champagne Taste, really need a peaceful morning walk. They have enough on their minds already. Christmas is right around the corner, business is brisk, and their little antiques district of Old Towne is being plagued with petty thievery and vandalism. Murder is just not in the game plan. And if finding bodies lying around walking trails isn't enough to destroy a perfectly good day, Daisy's ex-husband, state trooper Bill Greene, shows up to investigate the murder. Nosy by nature anyway, Daisy takes Bill’s presence as a challenge to find the murderer. When Daisy and Rose start asking questions things get hairier. Someone begins stalking them. Daisy receives threatening letters and is brutally attacked. Their determination grows when clues lead to a missing priceless diamond and the man Daisy is dating becomes the next victim. With the help of their eccentric mother, Angela, and their hormonally-exuberant dog, Malcolm, they follow the clues to catch a killer.

Daisy and Rose are two sisters who own a gift shop in a small town. There have been robberies in business in their area, but the two sisters get even more worried when, added to the thefts, there is a dead body in town.

I always enjoy a cozy mystery, so I took the plunge into this one. The story was okay, I was able to guess the murder about halfway in but there weren’t so many characters that had a clear presence from the beginning. The characters were not very developed, which often happens in this kind of book, but it just didn’t work here because both sisters were too similar. A sidekick is often used in cozy mysteries to be able to discuss the case and bounce hypotheses from each other, so I understand why the author decided to include two sisters, but there weren’t any clear aspects that made them different. Their conversations felt too stilted, and the lack of descriptions didn’t help. Also, both were named after flowers, which made them even more similar.

Rose and Daisy own a dog. Animals are common in cozy mysteries, and we often see their owners taking care of their pets. The two sisters often go on walks with Malcolm, but we never see them giving him a bowl of food or water. They also never showed any feelings for him apart from annoyance. In fact, there are several insensitive comments about pets in the book that rubbed me off the wrong way. Something atypical for the genre that didn’t help in making the main characters likable.

The two sisters and their modern are a fun trio but I wasn’t invested enough in the story or the characters to care too much about the outcome of the crime. I just went along with it.

One of the things that mostly threw me off was Kim Rossi’s narration. All sentences were delivered with constant pauses in the wrong places, and she often enunciated things like a news anchor talking about the last catastrophe in the world. The characters sounded different from each other, which was good, but the interpretations and voices were overdone, many times sounding cartoonish. I had a hard time trying to finish this book, and it took me a long time despite it being only six hours long.