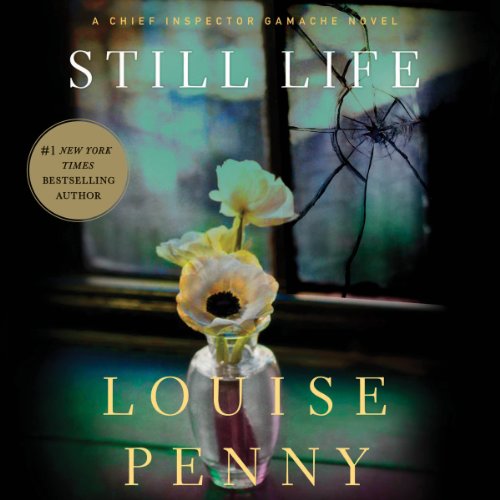 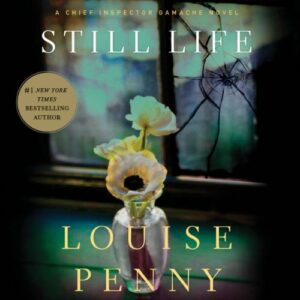 The discovery of a dead body in the woods on Thanksgiving Weekend brings Chief Inspector Armand Gamache and his colleagues from the Surete du Quebec to a small village in the Eastern Townships. Gamache cannot understand why anyone would want to deliberately kill well-loved artist Jane Neal, especially any of the residents of Three Pines - a place so free from crime it doesn't even have its own police force.
But Gamache knows that evil is lurking somewhere behind the white picket fences and that, if he watches closely enough, Three Pines will start to give up its dark secrets...

The quiet life in Three Pines is disturbed by murder. Jane Neal, an old and affable lady appears the morning of Thanksgiving dead in the woods with an arrow wound. Inspector Gamache will travel from Quebec to Three Pines to investigate the case.

This book is cataloged by many as a cozy mystery, but I don’t completely agree. I think it’s more of a mystery but it could be something in between, as the action takes place in a small community and it’s a character-driven story. Even though the scenes protagonized by the inhabitants of Three Pines may give sometimes a cozy feeling, the events and the way this is told are not cozy at all. It also lacks the light humor always present in cozy mysteries. I’d say it’s a mystery, and it reminded me at times of Twin Peaks but without the mystic details.

Penny used an omniscient narrator to tell the story of Three Pines and the murder that happened there. I’ve read other books with omniscient narrators, but this time it bothered me like never before, as it felt more like head-hopping than an omniscient narrator. It felt absolutely artificial, and I don’t think it’s the best type of narrator for a mystery, as some characters could be ruled out as the murderers because we were in their heads. Even like that, I had a hard time relating to the characters. I think a narrator that would have stayed with Gamache would have been more effective and less confusing to the reader. It was like Penny wanted to tell what everyone thought at some point to showcase their humanity, but that sacrificed the fluidity of the story and showed incomplete personalities. I’m still not sure about agent Nicole’s role in the story. There were several unpleasant moments. It’s possible that this character will evolve in future books, but despite her not being a likable character, I feel she’s mistreated sometimes, and that’s why she’s disrespectful.

The pace of the story is slow, and Penny describes every little detail using baroque and beautiful language. I have to say that it took me some time to get into the story, and the fact that so many characters were introduced at once made me stop and re-read part of the scene. It was a complex story because of all the characters involved, but the murderer was somehow not unexpected. I was curious about the outcome and I enjoyed the beautiful language but I didn’t feel anything when the murderer was revealed. I think it was because I didn’t feel close to the characters, and although I enjoyed the ride, I didn’t necessarily needed a destination.

I had a note to write this review today, and for a moment I was not sure if I had finished the book or not. This is how the ending impacted me. It was a beautiful book, but completely forgettable.

I struggled at first with Ralph Cosham’s narration. It felt utterly monotone, and all characters sounded exactly the same. The dialogs were well written, so I knew most of the time who was talking, but not thanks to Cosham. I looked him up on Audible and I see he has over 100 titles narrated, and this book is one of the last ones in his career, which surprised me somehow. The audio production was okay, with a couple of noticeable audio edits but clean in general. The main issues were the character’s interpretations and voices. I think Penny chose a British narrator because Gamache is British himself, but as the book is not solely from Gamache’s point of view, this didn’t feel necessary. His French accent was mostly correct.