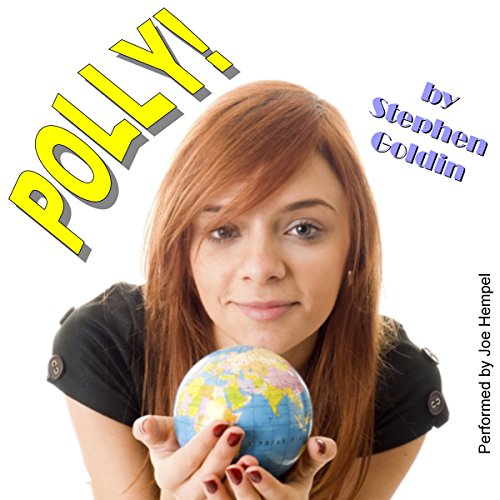 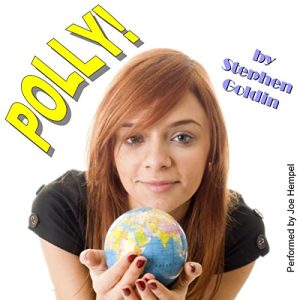 "Blasphemous ... highly offensive" ... and VERY funny! Herodotus Shapiro has had an unbelievably bad week. His wife left him. The IRS is after him for thousands of dollars. His home/bookstore burned down. On his way to take refuge at his brother's place, he got a speeding ticket. And now his car has broken down in the middle of the desert in front of a large mansion. What more can go wrong? But now his world takes a turn for the weird. The mansion has a snowman on the front lawn--in the desert, in July. The house, which is bigger on the inside than on the outside, is owned by Polly, the most preternaturally beautiful young woman he's ever met. Polly is an acrobat, a gourmet chef, a psychologist, an international financial consultant, a physicist, and a woman of who-knows how many other incredible talents. She has an unbelievable library, an art collection of all the world's great masterpieces, and a print of a previously unknown Marx Brothers film. Her toilet paper is actually silk. And she seems to have some mysterious plans for him ....

I was in the need of something light after an especially dense book, so I stumbled upon Polly! in my library. This book didn’t have many reviews, but most were positive, and the only negative ones just mentioned that the book was mostly blasphemous. I’m fine with blasphemous, but somehow this book didn’t hit the mark as I expected from the reviews I read. It’s indeed easy to read and funny at times, but there wasn’t much in terms of plot or character development.

While I understand this book may offend religious people, it doesn’t do much for atheists. I think it may work well for the people in between, but it just didn’t for me. Some of the points made by Polly were philosophically true, but I mostly found her quirks annoying and her qualities impossibly perfect. I can’t help but think that this book is clearly aimed at a cis male reader, and I’m just not that. It was just okay but it mostly fell flat. Not the eye-opening experience other reviewers reported.

I chose this audiobook in particular because it’s narrated by Joe Hempel, and he never disappoints. I doubt I would have finished the book were it narrated by someone else. Joe Hempel delivered carefully character interpretations, and Polly’s voice was convincing.

I’d recommend this book as a palate cleanser and only to those that won’t feel offended by “blasphemous” views.