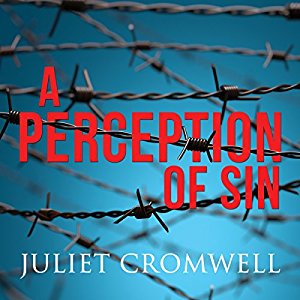 After an explosion on an underground train in London, the authorities find that one of the victims’ DNA samples corresponds to a kidnapped baby several years before. A baby that never came back to her mother after being abducted. The case is reopened and old wounds start bleeding again. This is the drama of two families interconnected by a crime committed in the name of love.

The book starts with the bombing but quickly goes back in time to the stolen baby’s grandparents, and how life was for them. The other family is also presented, giving a rich background for the story at hand. The characters are very well developed and depicted, and despite being many of them, it is easy to identify them and each of them have a unique personality. The book is beautifully written but it is also heartbreaking in a bitter way. The facts and the actions done by the characters are hard and irreversible, and one thinks how things could go so terribly wrong. This is a book that will not leave anyone indifferent.

Towards the end I already suspected how things were going to end but that did not affect my interest in the story. I was in fact hooked to it and could not stop listening until the very end. This is a very dark story, have this in mind if you decide to go for this book.

I found the rhythm a bit slow at times, which did not bother me especially, but I do not really understand why we get the grandparents’ picture. It is not just how they worked as a couple but also their dramas and traumas from their youth. It is like Cromwell wanted to write two different books in one: one about a homosexual soldier at the end of WWII and one about a kidnapped child. It is true that this gave a richer background to the main story, but I do not think that the stolen baby story was influenced by this.

The book is entirely written in third person, except for one of the characters towards the end of the book. I was expecting some kind of justification for this, but after finishing the book I could not find any. Maybe Cromwell had a good reason for this and I was not able to grasp it. I think it would have worked better in third person, since it felt a bit strange and it broke the rhythm for me.

At the end of the book there is an appendix, which is in fact a completely different and unrelated story. I just do not get when writers use the appendix to present or add other works. Anyway, I did not enjoy this short story. It was just too dark and too religious for me and after reading the main story I had enough suffering.

I loved how Cathy Conneff poured all her feelings into the narration of this book. The words and the emotion she transmitted gave me goosebumps more than once. I missed some different voices for the characters though. It was weird hearing Edward moaning like a girl, or his father with the same voice as his mother. It also made some dialogs confusing at times, since it was difficult to know who was talking. The audio production was mostly correct but the audio edits were sometimes a bit noticeable, with variations in volume and tone. Around 5 hours 15 minutes 15 seconds there is a repeated sentence.

This was a really good book, but hard, tragic and heartwrenching. I strongly recommend it, but beware of the dark feelings it may awake in you. Do not expect a happy ending.