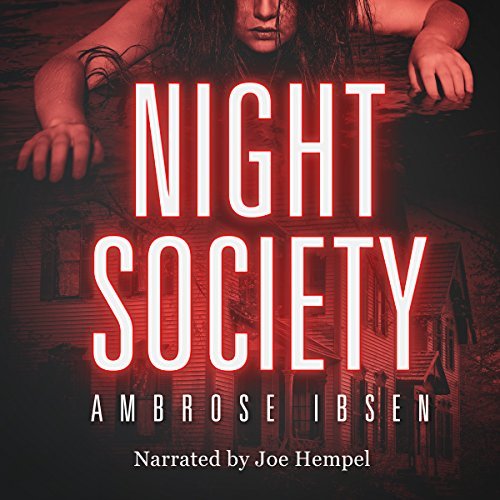 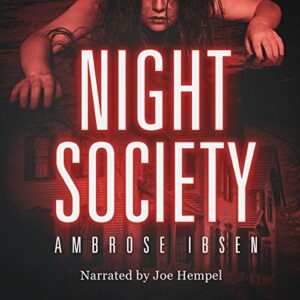 It was only supposed to be a game.
In a boring suburb, three lonely men seeking distractions from their monotonous routines get together in an abandoned house to play a macabre game of show-and-tell.

Nothing is off-limits in their little circle—anything, no matter how depraved, is welcome... so long as it's frightening.

But when one member brings what sounds like an audio recording of an actual murder to a meeting, featuring the tortured screams and pleas of an anonymous woman, the jaded club members find themselves truly rattled.

From that moment, the horrific audio—and strange visions of the recorded victim—begin to seep into their daily lives. Agonized cries and sobs are heard in otherwise empty rooms. Shadowed figures lurk in unlit corners. Somehow, the mysterious victim is reaching out to them from beyond death.

Or is she? Digging deeper, they begin to suspect they're being led back to the abandoned house by something else—something that seeks to consume them, body and soul.

And if they aren't careful, it'll get its way.

Three young guys with dead end jobs decide to start a new society and have their meeting at an old abandoned house. The goal of those meeting is sharing some scary things, but things start getting more frantic when they seem to have awakened something in the house.

Ibsen is a specialist in creating ghostly atmospheres in old houses, making them almost a main character in the story. We have three distinctive characters in this story. Despite being a quite short book, the three characters are well developed and feel like real people. Mike is likable, Jim is an ass, and Russel is the eternal misunderstood loner.

The presence they start to see after the first incident at the house reminded me a lot of The Ring, and probably her appearance was inspired by it. It’s pure terror.

The story was quite entertaining, and it trapped me from the start. The end was satisfactory, but if the book would have ended a couple of chapters before it would also have been okay. Ibsen wanted to give us closure regarding the three main characters, but I don’t think that was completely necessary. It’s just my personal opinion.

Joe Hempel’s narration was simply perfect. You really notice that he enjoys narrating this kind of stories, and that makes them even more enjoyable. Hempel inflected the right amount of emotion to the dialogs, and his characters’ interpretations were spot on. As usual, the audio production was perfect too.