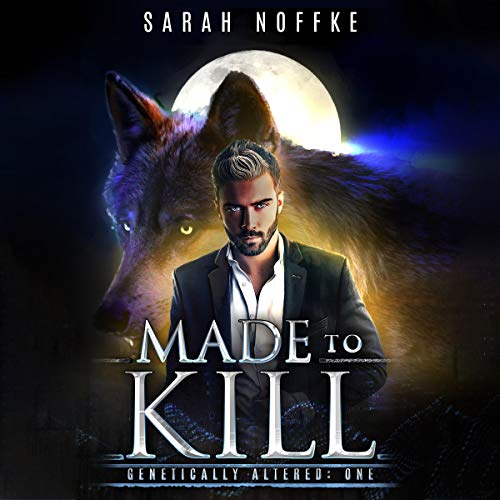 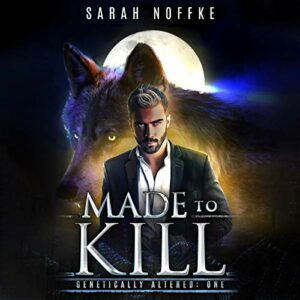 Twelve Men Are Missing
Six months later they awake from drug-induced stupors to find themselves locked in a lab. On the night of a new moon, eleven of those men - possessing new gifts of speed, strength and inhuman powers - break out of their prison and race through the streets of Los Angeles. They disappear one by one into the night.

˃˃˃ Werewolves Are On The Loose
Mika Lenna - a powerful dream traveler and head of Olento Research - wants to control the world. To do that, he must create an army of assassins. Capturing the twelve men was easy, as was experimenting on them while keeping them in drug-induced stupors. But now all hell has broken loose - wolf-like men have been spotted across the nation, leaving fatal attacks in their midst. Mike must tear every city apart until his invaluable werewolves are back under his control.

˃˃˃ The Race Is On
The Lucidite Institute's main mission is to save the world from injustices. Their best agent, Adelaide Lewis, needs to find these mutated men and protect them and society, and fast. Adelaide realizes that she has to find the Alpha Wolf. Only once she's located him can she stop whoever is behind this experiment to create wild beasts out of human beings.


Twelve men were kidnapped by the Olento Research to experiment with them. They were transformed in werewolves and given powers only possessed by the Lucidites. These men get to escape, and the Lucidite Institute will try to find a cure for them and try to catch the men behind Olento Research.

First of all, let me clarify that having read ‘The Lucidites’ is a prerequisite for reading this book. Maybe also the ‘Ren’ series, but this is optional. The reader needs to have previous knowledge about the Lucidites to fully understand and enjoy this book.

I am a total fan of Sarah Noffke. I have listened to ‘The Reverians’, ‘The Lucidites’, and the ‘Vagabond Circus’ series, and also the first book in the ‘Ren’ series. Sarah is able to give soul to a book and its characters, and I think this is why her books are so loved by many.

So I was looking forward to this new series, ready to have my breath taken away again. But hard as I tried, this book did not click with me. It is not a bad book, it is in fact quite good, and it has great characters and lots of action, but somehow there was something missing. I am not usually a fan of werewolves stories, but I am also not a circus fan, and I loved the ‘Vagabond Circus’ series. I think that, despite how well the characters were built, I missed a central character to whom I could connect. It seemed Adelaide was this character, but there were not enough insights that got me attached to this character. It is true that most of Sarah’s books are written in first person from and the point of view of the main character. I think the same could be achieved by writing in third person, but somehow it did not work here. It is true that Adelaide was an important character but after a while, it did not feel like the main one, and in some of the scenes she was not even present, so the writing in third person made perfect sense. I wish I would have cared for the characters more than I did.

For the rest, it was a very enjoyable book with very vivid characters. It is clear that it is just the beginning of a series and a mere introduction to the real thing. I believe the next books will fill the void this one left me.

I was really happy to listen to another book narrated by Elizabeth Klett. One of my first audiobooks was ‘Defects’, from ‘The Reverians’, and I completely fell in love with Elizabeth’s soothing style back then. She is really good with voices and especially accents, making it seem effortless.