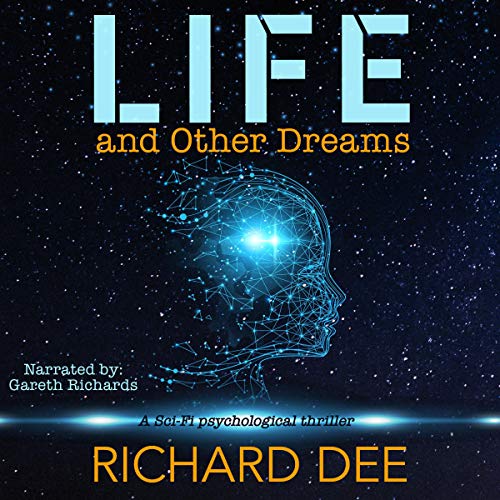 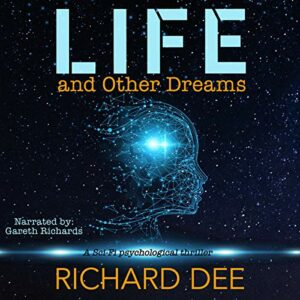 "Sci-Fi and psychological thriller fans are in for a treat."


Rick lives here on Earth now, with Cath. His life is boring, writing adverts for cat food and exotic holidays. When he’s asleep, he dreams vividly. In his dreams, he lives as Dan, spending his time with his wife Vanessa. They live six-hundred years in the future, half a galaxy away. They’re explorers, searching for valuable minerals on Ecias, an alien paradise. Dan has no dreams about Rick’s life, he lives on Ecias, loves his life and Vanessa. When the two worlds overlap, Rick starts to question what is real. Events in his waking and sleeping lives are mirrored, similar people inhabit both and coincidences mount up. Then disaster strikes in each world at the same time. In his dreams, Dan is accused of a crime he didn’t commit. Meanwhile, after one coincidence too many, Cath thinks that Rick’s dreams are hiding an affair and leaves him. Is Rick going crazy, or can he be living in two places, in two times, at once? If not, then which one of them is the reality? Will one life carry on when the other is on hold? Richard Dee's fast-paced, edgy science fiction -cum- psychological thriller will keep you on the edge of your seat until the last page!

Rick has a normal life as a copywriter for a marketing agency, and husband to Cath, a nurse often working night shifts. Due to his wife’s working schedule, Richard has had trouble sleeping for a while, and when he does, very vivid dreams fill his nights. Richard always dreams about the same. His name is Dan, and he temporarily lives with his wife Vanessa on the planet Ecias, on a new colony, doing some research about the terrain and minerals. Dan’s dreams are less vivid than Rick’s, and they are usually about a life in the past on Earth, having a job as a copywriter.

I found the premises of this book very appealing, and after reading great reviews, I was looking forward to it. The characters were likable, and the situation is shown quite from the beginning. The important question we have throughout the book is which part of the story is real, and which one is a dream.

Now, there were some things that did not quite work for me. The characters are not very developed, and they blend into each other, especially in Ecias. Somehow I found that there were too many characters in that story and they were not properly presented. I was not able to connect to any of them, not even to Rick/Dan. Somehow their motivations and actions did not make a lot of sense. I also did not understand Rick and Cath’s relationship. The jealousy, the lies, and the general lack of trust did not make sense in a healthy, grown-up relationship. Most of the conflicts and events in Ricks’s story derive from this situation so this is why I was not fully invested. Regarding the events in Ecias, I think I did not care because the story felt far fetched and I was not able to relate to any of the characters. I think it would have helped were the world-building more elaborate and complex. It felt simplistic, naive, it reminded me somehow of some of the nineteenth-century science-fiction. I also found the pacing off in general. It felt right from time to time, and I got mildly hooked to the story; others, it was terribly slow, and I just wanted to jump ahead and see if it would become more interesting.

There were some elements that seemed to be left in the air. I would have expected something more from the lost pills, the twin bruises on Rick’s arms, or the metallic particles found by the police. By the way, I wonder about the techniques used by the police to be able to identify metallic particles from a picture. Some people may be disappointed by the ending. I found it okay, although it is open to interpretations.

Gareth Richards’ narration was okay. I found some odd pauses at the beginning of the audiobook, but soon I got used to his narration style. He delivered good character interpretations, but his female voices need some more work, they sound a bit strident. Generally, it was an enjoyable narration and the audio production was clean.