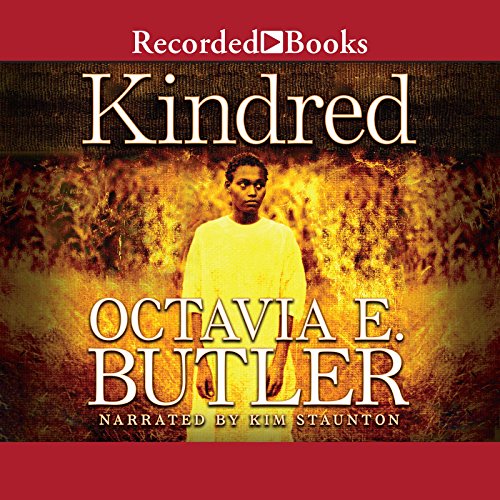 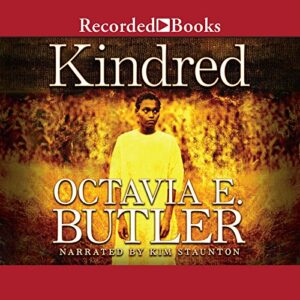 The first science fiction written by a black woman, Kindred has become a cornerstone of black American literature. This combination of slave memoir, fantasy, and historical fiction is a novel of rich literary complexity. Having just celebrated her 26th birthday in 1976 California, Dana, an African-American woman, is suddenly and inexplicably wrenched through time into antebellum Maryland. After saving a drowning white boy there, she finds herself staring into the barrel of a shotgun and is transported back to the present just in time to save her life. During numerous such time-defying episodes with the same young man, she realizes the challenge she’s been given...

This book has been on my TBR pile for a while but I kept putting it off because there were other books that felt more appealing at the time. To be clear, I would not consider this book science-fiction as it only involves time-travel and it does not go into the mechanics of it nor it explains why it happens. Personally, I would consider time-travel stories under the fantasy genre, rather than science-fiction. I guess I would also include this book under historical fiction.

It took me a bit to get into the story, I think I had issues with how Dana and Kevin were portrayed. I think it might have been part the dialogs, part the character development and backstory. I just could not believe in them as a couple. They both felt a bit cartoonish, and their conversations did not flow as real conversations between two partners should. I enjoyed Dana’s travels to the past and seeing how Ruffus and the rest of the people there changed with time. I hated the Weylins, and the dysfunctional relationship between Ruffus and Dana made me uncomfortable most of the time. I think she put up with things I would not have, but we have to take into account that this book was written in the ’70s, and even if I try, I reckon it is quite difficult to know how life for a black woman could have been back in 1815.

One of the things that threw me off at first was that this was a book about slavery, which is a topic I don’t normally enjoy. I am a bit sensitive when reading about cruelty that has happened in real life, so it is a kind of literature that I am not normally attracted to. It was interesting though, to see this time in history through the eyes of a young black woman from the ’70s, and I soon became interested in the story.

Kim Staunton’s narration was okay but there were several times when voices sounded too similar and I had problems following dialogs, especially between Dana and Kevin. Staunton’s Southern accent was well done and it helped to differentiate between characters when Dana was talking to anyone in 1815, but it meant that they all sounded quite similarly. I guess the main problem was the male voices, and while Ruffus-kid’s was good, it felt less credible when he was a grown man. Despite these minor setbacks, I found the narration pleasant and appropriate for this story.