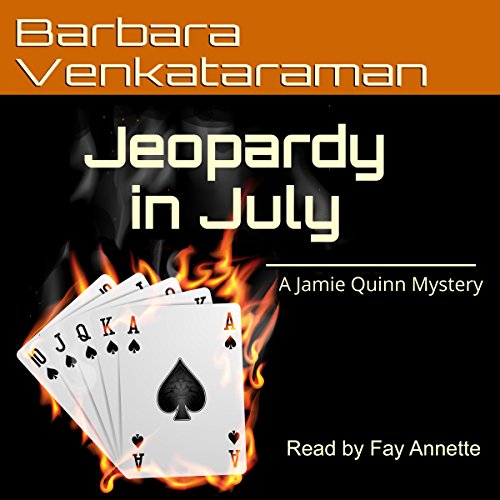 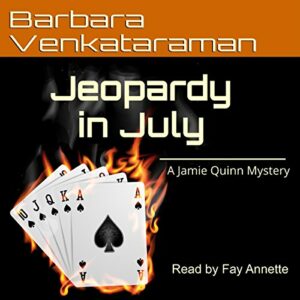 Old people were dying at an alarming rate at La Vida Boca, a posh assisted living facility in Boca Raton, Florida. With its sterling reputation, dedicated staff, and top-notch medical care, none of the deaths are considered suspicious, but when members of the poker club start to die under strange circumstances, attorney Jamie Quinn finds herself once again embroiled in a mystery. With help from her new friend, Jessie Sandler, and her favorite P.I., Duke Broussard, Jamie uncovers a crime that took place forty years earlier. Can she stop the killer in time? Or is she in danger of becoming the next victim?

I have been following Jamie Quinn since the very beginning, and I can say that Barbara Venkataraman has grown so much since her first Jamie Quinn mystery. Don’t get me wrong, those first books were good, but this last one is the best in the series so far, it is not only entertaining, but has a well-built plot, and the characters have acquired great depth.

The set in this one seems a peaceful one, an assisted living facility, where Jamie gets a job as an advisor for the residents. But Jamie just can’t sit still, and she will detect again a couple of shady affairs, and she won’t be able to stop herself from meddling.

We meet Jossie again, who acquires more importance in the story compared to previous books, along with Grace, Duke, and Nick. Apart from her professional side, we also see more of the humane side of Jamie, and the way things turn out in the end for her is kind of fulfilling knowing how hard she worked for things.

Fay Annette has also improved so much in this last book. Her character’s interpretations were already quite good in previous books, but she had issues with male voices. It is not the case in this audiobook. Duke’s portrayal was very well done and not showing any of the dragging we could hear in the previous book.

I am not sure if we are in front of the latest of Jamie’s adventures, but I hope we are not. I could also be open to a new series if Venkataraman has something else in store for us.