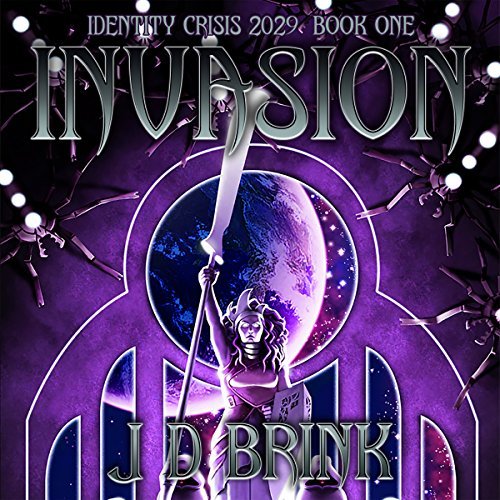 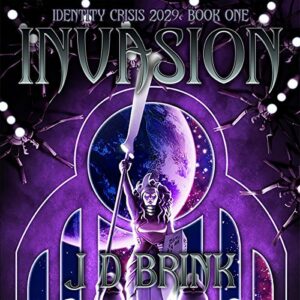 The future of the Identity Crisis Universe hangs in the balance.

A swarm of biomechanical monsters attack the Volans Space Station during a test of its artificial gravity system. Two of the station’s engineers, however, are more than just astronauts.

The Earth’s Apex superheroes—a physicist turned nuclear colossus, a hyper-intelligent silverback gorilla, and an otherworldly gladiator —are all that stand between an alien beachhead and the billions of innocent lives below. Adam Smasher, Symian, and Ballista must fight off an insectoid infestation with one foot in the airlock, and the other kicking inorganic butt back into space.

But repelling the first wave may not be enough. In order to safeguard the Earth, the trio volunteer to leave this world behind and venture into deep space, where the void—and the mission—may be darker and colder than they ever expected.

Fifteen years after the events of Hungry Gods, the superhero lineup is very different, and about to change even more. J. D. Brink’s mature brand of spandex adventure comes to a new series for grownup fanboys and fangirls of every timeline.

My original Invasion audiobook review and many others can be found at Audiobook Reviewer.

The Volans space station is attacked by biomechanical monsters. Three very important people are the designated to protect it: Adam Smasher, a physicist with super powers; Symian, a very smart gorilla; and Ballista, a gladiator from another planet and without a past.

This was a fun and quick read. I just wished there was more character development so that I could care for the heroes in the book, but there was plenty of action to make for it. There was also unexpected and somewhat forced romance. I just never seem to get why forced romance is included in books, but I guess it’s not easy to make it more credible if there is little character development.

This is a mix between sci-fi and super heroes. We are reminded again and again of Adam’s godly capabilities, and some other details that make the characters unique. Fast, fun, and forgettable listen.

What I really enjoyed was the duet narration, which is something seldom done. Anthony Bowling and E. L. Loren’s narrations were almost seamlessly alternated. Each of them delivered great character’s interpretations and brought the characters to life. The only setback is that Loren’s parts had a couple of noticeable audio edits that were a bit distracting.

I would recommend this audiobook to sci-fi fans, especially if they are into super heroes literature, and want a quick and refreshing read.