Posted May 19, 2018 by lomeraniel in Audiobooks, Fantasy, Review / 0 Comments 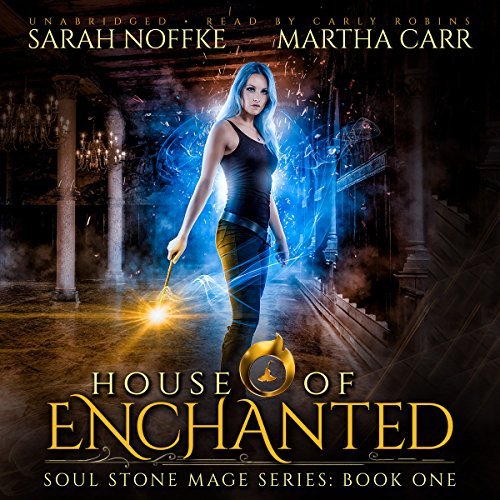 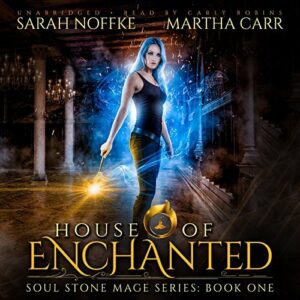 The Kingdom of Virgo has lived in peace for thousands of years…until now.The humans from Terran have always been real assholes to the witches of Virgo. Now a silent war is brewing, and the timing couldn’t be worse. Princess Azure will soon be crowned queen of the Kingdom of Virgo.

In the Dark Forest a powerful potion-maker has been murdered.

Charmsgood was the only wizard who could stop a deadly virus plaguing Virgo. He also knew about the devastation the people from Terran had done to the forest.

But on coronation day everything changes. Princess Azure isn’t who she thought she was and that’s a big freaking problem.

Welcome to The Revelations of Oriceran.

A magical world tied to Earth, and nothing like it.

My original House of Enchanted audiobook review and many others can be found at Audiobook Reviewer.

In the world of Oriceran there are two major races: The people from Virgo, wizards and witches living in harmony with nature; and the Terrans, humans whose origins are Earth, and which use the power of nature for their own benefit. Princess Azure will soon be the queen of Virgo, but during the coronation ceremony, something is discovered about her. She will need to demonstrate her people that she is a valid queen, but she also will need to recover something for her ill mother, and fight back the Terrans and their evil plans.

I have already listened to several series by Sarah Noffke, and I love her way of creating characters and bringing them to life. She has a very powerful imagination and is able to create different and credible worlds. Up to now I just knew her books about Dreamtravelers, so I was curious about this new adventure. I have to say that I really enjoyed it, but there was somehow something missing that I found in her other books.

I found the main character’s personality a bit less attractive than the main characters’ in her other books, and I also missed a bit part of of the balance and poetry. I also found the story quite predictable. I’m not saying this is a bad book, it was very good, but I just can’t help but compare it to her other works.

We are up here against a fight between good and evil, non-humans and humans, nature and technology. This dualism has been used again and again since the early times of the first fantasy books, and works, but I just maybe expected a more original approach.

This is just the first book in a series, and it ends on a massive cliffhanger. I would have appreciated if there was at least a conclusion to the first story-arc.

Despite the minor issues I am curious about where this is going to, and I am sure the best is yet to come.