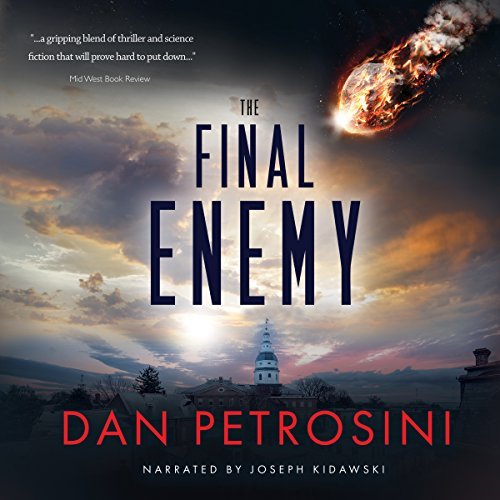 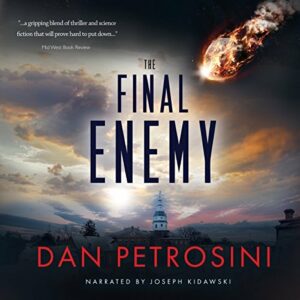 In the face of a death-defying power, what's the "new normal"?

Like all reporters, Jack longs for a breaking story but is stuck writing obituaries for a small-town rag. As his frustration mounts, it hits him that no one has died in over three days. Jack's odd observation becomes something far stranger when he connects a meteorite to the bizarre phenomenon.

Seizing the opportunity, Jack breaks the story and after a struggle to control the meteorite’s power is resolved, a swelling population begins to create havoc. With the survival of the human race hanging in the balance, politicians enact increasingly horrific measures and desperate citizens take matters into their own hands.

Jack's in a position to not just report the news, but change it, and his decisions and observations creates an epic thriller that pits the potential of human immortality against a force designed to change - or obliterate - humanity itself.

Only one man might stand in its way ... the man buried in the obits department.

The Final Enemy is a story of social disintegration as well as a saga of survival. Secret plans, starvation, suicide, and a series of events that spiral the human race into a desperate survival mode evolve from a seemingly singular event and leads to a fast-paced action story that delights with its penchant for the unexpected.

In the Matthew Mather and A.G. Riddle tradition, The Final Enemy is a gripping blend of thriller and science fiction that will prove hard to put down.

Jack is a reporter in a small town, and has the opportunity of his life by witnessing the fall of a special meteorite. In charge of obituaries, Jack soon realizes that this meteorite might be related to the absence of deaths in the last days. His suspicions are soon confirmed, and the world has to adapt to this drastic change.

The premises of this story were quite interesting although, more than science-fiction, this book was about politics facing overpopulation. This made it a bit dystopian, and it was interesting to explore how far one government can go in order to keep the balance.

I found a few issues though, like the really slow buildup. The first third of the book retold again and again how the meteorite was transported here and there and how Jack followed and kept investigating deaths, or lack thereof.

I think the story would have worked better with further character development. I had difficulties connecting to the characters and, while I understood their motivations, I didn’t care much for them.

I was a bit bothered by the fact that this meteorite was often mentioned as sent from God. I understand that religion is deeply ingrained in the American people but, as an atheist, I tend to dislike sci-fi and religion mixed together.

I would say that Joseph Kidawski’s narration was okay. There were no great issues, but it could have been better. There was more reverberation than usual, and this is something that we mostly find among new narrators. Checking Kidawski’s Audible page, I see that this is his first audiobook, and this explains it. I also had issues with the characters’ voices. Some of them sounded the same (like Jack and his girlfriend, for instance), but for others I think he overdid it. I also have to mention that the first time ‘Sheffield’ is mentioned it is wrongly pronounced, putting the emphasis on the last syllable, while the next times it is correct. There are some noticeable audio edits and in some cases the pause between paragraphs is too short. Working on these little things will really help Kidawski in delivering a professional narration.

I received this audiobook as part of my participation in a blog tour with Audiobookworm Promotions. The tour is being sponsored by Dan Petrosini. The gifting of this audiobook did not affect my opinion of it.