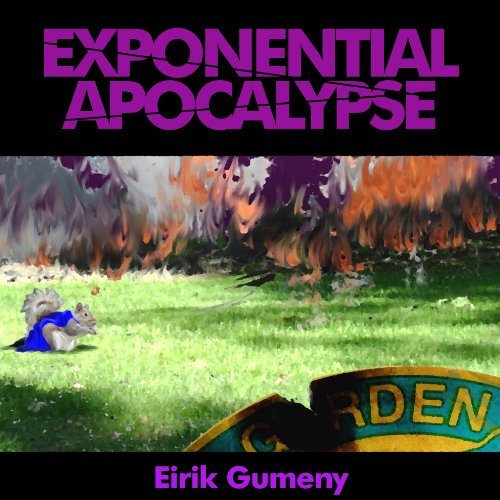 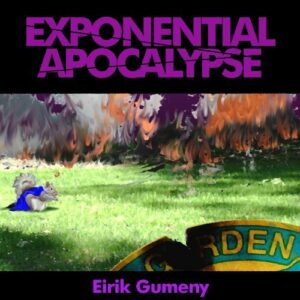 There had been twenty-two apocalypses to date. There were now four distinct variations of humanity roaming the earth - six, if you counted the undead.

It had been suggested that there really should have been a new word to describe "the end of everything forever," but most people had stopped noticing, much less caring, after the tally hit double digits. Not to mention the failure of "forever" in living up to its potential.

The last apocalypse wasn't even considered a cataclysm by most major governments.

It was just a Thursday.

Exponential Apocalypse is the tender, heart-stirring tale of crappy jobs, a slacker cult, an alcoholic Aztec god, reconstituted world leaders, werewolves, robots, and the shenanigans of multiple persons living after the twentieth-aught end of the world. Fast-paced, frenetic, funny, and frequently fond of other f-words, Exponential Apocalypse is the only book that will have you looking forward to the end of the world.

Sadly I expected much more from this book. I liked the premises, the world had so many apocalypses that one more is just routine. The book is written in a satirical tone that I expected to make me chuckle, but for some reason I didn’t care much for it. I just didn’t get all the jokes, and the fact that even gods “returned” to Earth was a bit ridiculous. I also didn’t buy all the different races that populated the planet.

I also had issues connecting to the characters, and didn’t really care for them.

I think one of my main issues was the narration. I probably could have finished the book if it was at least okay. The narration was delivered in a monotone tone with changes or inflections. I am not sure if it was intended, but it just didn’t work for me. I also didn’t notice any clear difference between characters, and this contributed to the fact that they were not very developed.