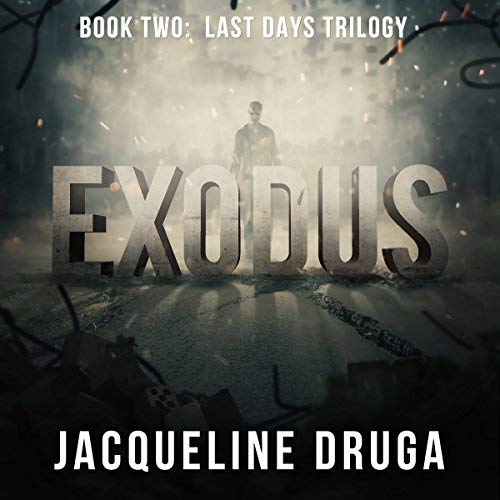 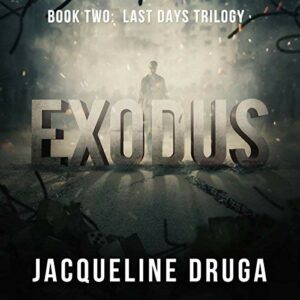 Exodus is the second book in the Last Days Trilogy.

Following his successful experiment of extracting DNA to clone the image upon the Shroud of Turin, Dr. Marcus Leon faces a world torn asunder.

The clone takes the name Devante and assumes a role of great power. His presence and deception bring about biblical-like destruction upon the earth.

While Devante seems unstoppable, only one person, his creator, Marcus Leon holds the key to ending it all. But can Marcus survive not only the forces of nature, but the forces of Devante and build the army needed before it’s too late?

This is the second installment of the Last Days Trilogy, where a scientist extracts DNA from the shroud of Christ with the purpose of cloning and research. This second part is about how Devante, this second Christ, plans to dominate the world.

I had my troubles with the first book, so I suspected that things were not going to improve for me on this one. Apart from the religious stuff, Devante turns out to be more a devil than a God. I found the story confusing and I was not too invested in it. I guess the book could work for those into demoniac stuff, but it’s just not my case.

Rick Gregory’s narration was adequate, with good character interpretations and a good pace. There were some noticeable audio edits that were a bit distracting, but it was still easy to follow the story.

I won’t be continuing with this series, as the second book didn’t succeed in picking my curiosity after the first one.