Posted May 20, 2018 by lomeraniel in Audiobooks, Review, Science-Fiction, Teens / 0 Comments 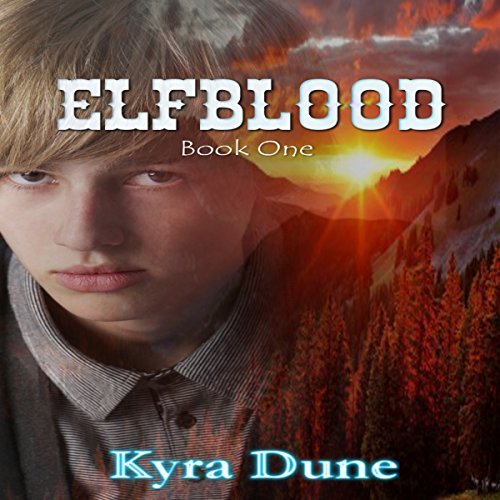 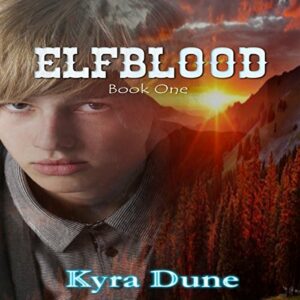 Charlie is an elfblood, descended of a conquered people brought to the brink of extinction in the aftermath of a long war. Being able to pass for human gives Charlie an advantage over most of his kind. Only those who look at his record or those he chooses to tell, need ever know his secret. Growing up in an orphanage is hard enough without having to live with that stigma.

When soldiers come and haul the kids off to a prison work camp, Charlie finds himself no longer able to hide the truth of what he is. If that isn’t bad enough, the magic buried inside him is growing stronger and more out of control. As Charlie struggles with his own problems, and with the dangers of the work camp, he finds himself swept up in a much larger struggle, one whose outcome could decide the future of the world.

My original Elfblood audiobook review and many others can be found at Audiobook Reviewer.

Charlie is what is known as an Elfblood. Living in a country of humans, where elves are seen as a lesser race and only regarded as slaves, Charlie’s life is not an easy one in the orphanage where he lives.

At first I was not sure how to classify this book. It was clear that it was fantasy, but we get so little information that it’s difficult to have an idea about the world Charlie lives in. There are no descriptions about the characters nor the environment. Throughout the book, guns, elevators, and computers are mentioned, so it would classify as urban fantasy, but it’s not clear what year it is set in (or inspired) since there is little mentioned about technology, clothes, or anything else. The war and the mining reminds me of the uranium boom during the 40s and WWII, and I am sure it was inspired by it.

The main characters are around 15 years old, and I would say that this book is aimed at young teens. Sadly, unlike other fantasy novels aimed at that group age, which can be also enjoyed by adults, it is not the case here. I found the events, story telling, and world building a bit simplistic.

The story is very straight forward, with a couple of minor surprises, so I think a younger reader would enjoy this book. The relationships among the characters are also the awkward ones around this age.

It was a good story, but I thing I would have enjoyed it more if it were a bit more developed, with more details and, in general, more polished. Things happened fast and it seemed Dune just skimmed through the story without going into much detail nor building up.

Benjamin Matthews’ narration was quite good, giving different voices to the characters and putting the right amount of emotion into the dialogs. I just noticed some mouth noises, especially at the beginning of the audiobook, that bothered me a bit.