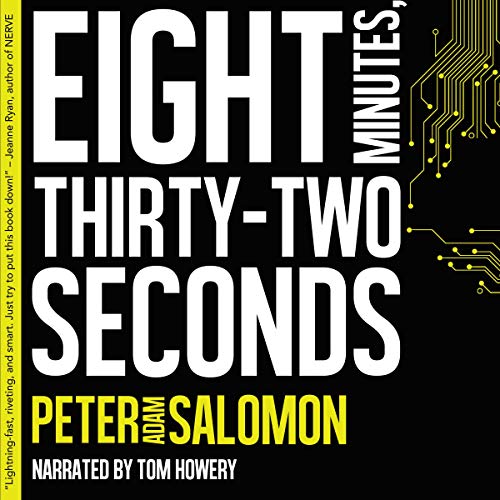 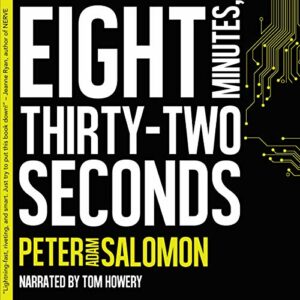 There is no evil corporation to topple, no tyrannical government to overthrow, no rag-tag band of survivors to lead.

Two people survived the end of the world. L and M don’t remember their names. They don’t know what happened. They don’t understand why they’re alive.

They know they’re addicted to a drug that kills them. And they know that after dying, they briefly live in the world as it was.

L and M try to fight the addiction, but the pull of the past is too strong. The joy of those eight minutes and thirty-two seconds before the drug wears off.

But there’s a heavy cost: missing memories, vicious withdrawal, and far too many secrets. Still, they pay the price, and slowly begin to reconstruct what happened to the eight billion who died.

Worst of all, they discover who killed them.4

Two teenagers, L and M, live inside an isolated facility. They are the last two people alive in the world, but they don’t remember what happened to the rest of the world. They are addicted to a drug that kills them for eight minutes and thirty-two seconds but that also makes them dream, during that time, about other lives. With this scattered information and an AI with not much information, they try to puzzle everything together and maybe find out who they are and what happened to the world.

Wow, this was something special! It was good that I came with no expectations to this book, because it was very different to anything I have read before. I found the beginning a bit confussing, until I got used to how the story was structured. They were six names that mean nothing to me, like they mean nothing to L and M at first. Little by little we, and they, get to know more, and I began suspecting more or less when they did.

Tom Howery narration was mostly correct, and the audio production was spotless. His AI interpretation was excellent, but I would have preferred a bit more emotion when interpreting the characters. I found the narration a bit monotone and at times even robotic. I had issues, at times, to discern whether it was the AI talking, one of the characters, or part of the plain narrative.

This was a gripping story that had me listening non-stop. Once I started puzzling some things together the only thing I could do was keep listening until the end. I just needed to know everything, to know who, to know why, and how. If you are into unconventional stories, and up for a different story structure, I definitely recommend this book.