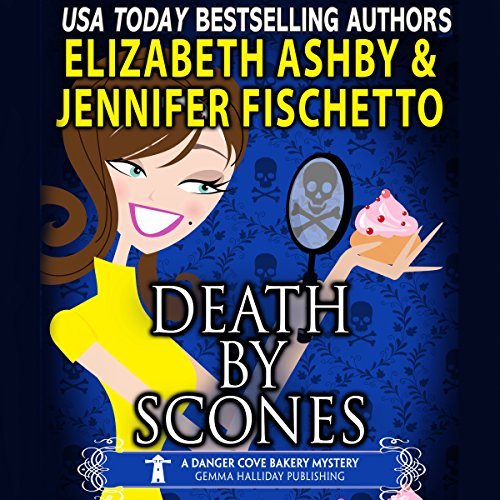 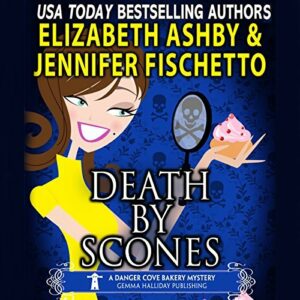 Someone's about to get their just desserts.

Riley Spencer is officially the new owner of the Cinnamon Sugar Bakery in the small town of Danger Cove. She’s excited about the grand re-opening, but when she learns a hoax letter went out to the residents of Danger Cove informing them of free baked goods, she panics and does the only thing she can—quickly sets out plates of muffins, cupcakes, and cookie bars. Crisis seems to be averted...until the body of local recluse Nathan Dearborn is found in the bakery bathroom. The cause of death: peanut allergy. Riley’s certain not a single item made with nuts left her kitchen, but no one believes her, least of all the police. To save her bakery and her reputation, Riley is determined to figure out who brought in the fatal pastry. With support from her best friend, Tara, and her long-time crush, Jared, Riley discovers secrets from Nathan's past that make her question if his death was truly an accident or something more sinister. With suspects galore, the police breathing down her neck, a love life in turmoil, and a bonanza of baked goods, Riley has her work cut out for her catching a killer...before he strikes again!

About Danger Cove:
Danger Cove is a sleepy little town in the Pacific Northwest and home to renowned mystery novelist, Elizabeth Ashby. While Elizabeth swears the stories she writes are fiction, you can find the inspiration for her murderous tales all over Danger Cove...from the intriguing cast of local characters to the places to eat, play, and explore in Danger Cove. Don't let our name fool you—we're the friendliest (even if deadliest) town in the Pacific Northwest! Visit us at dangercovemysteries.com

Riley Spencer inherited the Cinnamon Sugar Bakery from her grandmother. On her first day as the boss, one her customers dies by anaphylactic shock due to a peanuts allergy. Curiously, the Cinnamon Sugar bakery is nuts free so Riley suspects something fishy at hand, and she is decided to find the murderer.

Cozy mysteries is one of my guilty pleasures, so I couldn’t let this one pass. The story was entertaining and the characters were interesting enough to keep me invested in the story. Unfortunately the book revolves more around romance than actual mystery solving, which I found disappointing.

My guess is that the main character and her friends were in their early twenties, but at times it was like observing a group of teenagers. Their actions were quite childish, and so were their romances. I found this quite uninteresting, and sadly it was almost the main subject of the book. I guess I prefer more mature characters. There is a bit of mystery solving towards the end, but I was so fed up of the dating game of the main character that I wanted it to be finished.

I found Melissa Meshey’s narration a bit plain, at times if felt more like she was reading that telling a story or interpreting characters. Her style did go well with Riley but I missed some variations when interpreting the other characters. All voices sounded the same, and I would have appreciated a bit more effort in the character’s interpretations. Following dialogs was difficult at times. In some cases the pauses between paragraphs were very short, making the story confusing, since it seemed that a new paragraph was still part of the previous dialog. There was some background noise at the end of chapter 7, and a repeated sentence around 5:12:33. It was not a bad narration, but Meshey needs to work a lot on her interpretation skills and voice range.

It was an okay book but I think it would work better for romance fans.

I think it is worth mentioning that this is the third book in a series, but this is the first released on Audible. I find this a weird decision, but I have to say that I didn’t feel that I was missing anything from previous books.