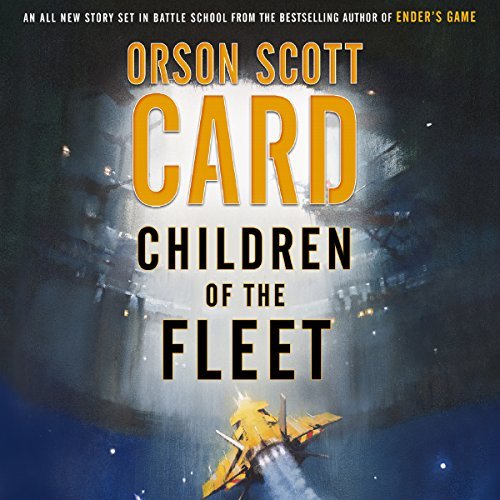 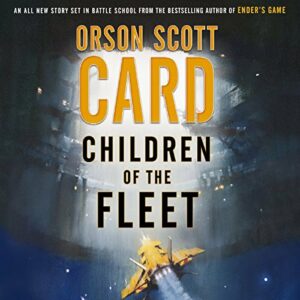 Ender Wiggin won the Third Formic war, ending the alien threat to Earth. Afterwards, all the terraformed Formic worlds were open to settlement by humans, and the International Fleet became the arm of the Ministry of Colonization, run by Hirum Graff. MinCol now runs Fleet School on the old Battle School station, and still recruits very smart kids to train as leaders of colony ships, and colonies.

Dabeet Ochoa is a very smart kid. Top of his class in every school. But he doesn't think he has a chance at Fleet School, because he has no connections to the Fleet. That he knows of. At least until the day that Colonel Graff arrives at his school for an interview.

Being a Card fan for over twenty years, and having read the Ender and Bean sagas twice, I couldn’t let this one pass. Card’s books always have super smart children as main characters, but this doesn’t make them perfect. They usually have quite some flaws to compensate and create complex personalities. In this case we have Dabeet Ochoa, whose mother always told him that his father was a member of the International Fleet, but without revealing who he was. Dabeet is the first of his class, and his deepest wish is joining the Fleet School, former Battle School, but for that he will need to demonstrate that his father belonged to the IF.

I thoroughly enjoyed this story and the wonderful narration produced by MacMillan. I usually like traditional narrations, with just one narrator, but I have to say that this multicast performance was one of the best things I have listened to in a very long time. The character interpretations were spot on, and the accents and voices really created the illusion of a multicharacter show. It was as if I was able to see it with my own eyes. Spectacular!

The story caught me from the start and kept my attention almost until the end. There were parallelisms between this one and Ender’s or Bean’s stories. We have a couple of sidekicks like it is usual with Card, secondary characters challenging and complementing the main character. Dabeet suffers a great evolution in this story, forced by the circumstances and the interactions with other characters. If Card is good at something is at creating realistic characters. When reading one of his books is almost imposible to conceive that his characters aren’t real people: they breath, they feel, they grow, and we deeply care for them.

I have said that the book kept my attention almost until the end because, to be honest, I struggled throughout the last two hours. There was an incredible build up, with great tension, and character evolution, but the end felt a bit anticlimactic. The scenes in the ship were rather confusing, and the fact that we didn’t see the enemy diminished the strength of the story. We know the enemy, we know who’s behind this plot, but we never see this person nor the people who posed the most direct danger to the children.

All in all, I loved this audiobook, and with an improved ending and skipping the religious stuff, it would have been a five-star book for me.

I received a copy of this book in audio format from the publisher in exchange for a honest review.