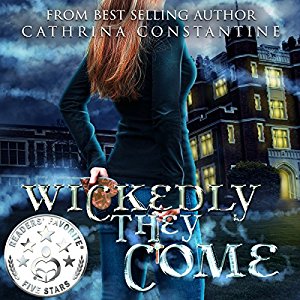 Jack belonged to the Black Order, but changed sides after falling in love with Seeley and having Jordan, their daughter. The members of the Black order could not take this and killed Jack, promising to hunt Jordan too, to consecrate her to the Order. Jordan has been homeschooled for several years until she turns sixteen, when Seeley decides to send her to high school. There, Marcus, her guardian angel will take care of her and defend her against the dangerous people from the Black Order.

What I liked from this book was how the characters were constructed. Jordan and Seeley were very well depicted and their relationship felt real. The rest of characters were plain, and I was especially annoyed by Ronan and her girl friends. I guess their behavior is normal in sixteen year old bullies, especially among the girls, but the group dynamic would make the book to work only among teenage girls. Other YA books could be enjoyed by other age groups, but I don’t think this one would. Not with me at least.

I had troubles to get into the story, but I think it was due to several things. First, I did not completely understand the motivations of the Black Order to get Jordan. Okay, her father was a traitor, but that does not seem to be to me enough motive. Is Jordan special in any way? We will probably know more about that in future books, but in this one it is not very clear. I just expected something bigger to be gained or lost. Second, Marcus was appearing and disappearing all the time without explanation, and it was like it just served Constantine to make things complicated to Jordan at certain point, kind of deus ex machine.

And third. Okay, this is personal and will probably be different for other people. I am an atheist, and I find the fact of talking about god as a real thing (even in a fantasy book) a bit disturbing, or more like something that makes me roll my eyes again and again. Also, the need of Jordan to check with the priest and be assisted all the time by a guardian angel is a bit… childish. I do not want to be disrespectful to believers, but I think we should all try to fend for ourselves, and a character in a book should inspire the reader, and that is, taking the reigns of her life and troubles, to gain responsibility, and fight, without expecting somebody to save her skin.

I missed some moments about their daily life not related to the hunt, like Jordan in class. It is like they spend the whole book running from the Black Order, which is true, but I think it would have helped to set a frame for the story.

At some point we hear the name of ‘Ronan’ instead of ‘Jordan’ (6:14:58) and I had to go back to double check it. I guess the editor missed this.

Andrea Emmes’ narration helped to bring the characters to life, and she made it a very enjoyable listen. I had troubles at times though, to discern between Jordan and her mother, which made difficult to follow a couple of conversations. For the rest, the narration made the book better.

All in all, it was an okay book. It will mainly work for teenage girls, I think, and the religious aspects may not sit well with everybody.

Three starts for the book, four stars for the narration.