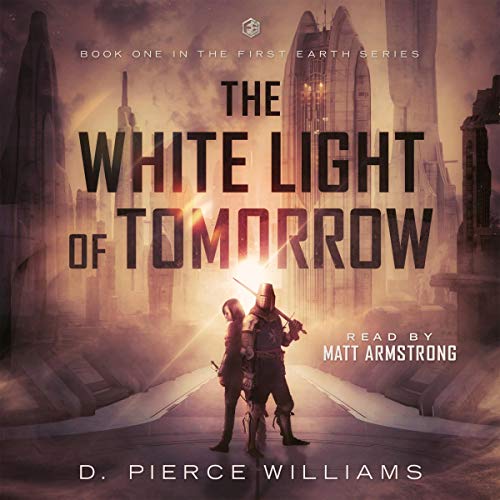 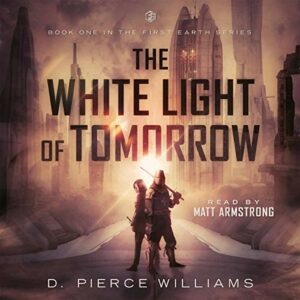 In a future dominated by the Church and defended by the sword, one piece of forbidden technology may change all the rules.
Adrian of Tarsus is a veteran Knight Hospitaler. His adopted daughter, Mariel, serves as his squire, and together they travel the galaxy aboard the ancient merchant ship Miranda. Adrian uses his position as a Church enforcer to provide cover for his real quest: a cure for Mariel’s mysterious and painful illness, which worsens every day.
Trouble is, Adrian’s certain the cure requires Machina Infernus, heretical technology forbidden by the Church, and not even a Knight can hide from the Holy Office of the Universal Inquisition.
When the Miranda’s crew are ambushed while acquiring such an object, Adrian turns to Sabine Adler, an old flame and specialist in Machina, for help.
But once on the planet Bethany, Sabine’s home and the seat of Christendom, assassins come out of the woodwork and everyone seems to want Adrian’s relic –mercenaries, cultists, thugs, politicians, even the Inquisition. Most troubling of all are a pair of unusual nuns who claim to know the location of the lab where the relic originated, and the fact that one of them bears a striking resemblance to Mariel.
Adrian has survived galactic crusades, skilled assassins, and Church politics, but these women may be the death of him.

In a distant future, humanity has colonized other planets, and at some point, the connection with Earth got lost. An event called the Advent happened, and the order of the galaxy changed completely, having the Inquisition the absolute power in a world where technology got forbidden. Adrian de Tarsus, a Knight Hospitaler, travels aboard the Miranda, a spaceship owned by a Turkish, with his adoptive daughter, Mariel, who is also his squire.

This book sounded so interesting when I read the blurb, and despite taking me some time to get into the story, I found the premises truly amazing. A future society in which things have changed completely and our current technology was banned and forgotten. People collecting and trafficking with technology, a mystery box that could have been used for genetic engineering, two characters with the same face, and the Inquisition, more alive and gruesome than ever before. I was really looking forward to this book, as the premises were so good, but the execution did not work for me. I failed to get engaged in the story as I did not see a clear motivation from the start. Ok, Mariel had terrible migraines, but we are not explained what they really entail, the prognosis, and how they affect Marie’s daily life. Also, I did not care much for Mariel or any of the other characters. They were two-dimensional, and I found many parts of the story terribly sexist. Almost all female characters were at some point in the story damsels in distress, waiting to be saved by Adrian. Mariel is a 14-year-old teenager, who has lived with Adrian for the past 10 years, and suddenly she lusts for him? Okay, not very plausible but stranger things can happen. What I just can accept is Adrian’s attitude and actions regarding this. Sorry, I just cannot accept this.

The writing was rich but the dialogs were stiff and did not feel natural. It is clear that Williams is very well versed in Medieval History, as he uses many specific terms that I am sure not many people are familiar with. This made the reading a bit of a heavy task, but it was also interesting because it was something different from most books I have listened to lately. Some descriptions were quite vivid, focusing on smells, but most of the time I felt I was not able to “see” my surroundings. I wanted to see how people dressed, how they looked like, how the landscapes and cities were, and somehow I missed it. The same happened with many transitions in the story, being too abrupt. Sometimes it was difficult to realize what was really happening.

The world-building was interesting but it did not stand very well on its own. We missed some background. I know that this is often done in dystopian books, in which we get a weird future without much explanation, but things were just not adding up very well here. Technology was banned, but there were spaceships traveling between worlds. Depending on the grade of technology it was a lesser or a greater sin, but all characters seemed to accept spaceships, and all the equipment within, in a world that had returned to the Middle Ages. From what I’ve read, electricity itself was not banned but we did not get where the line was regarding technology in homes.

I really wanted to love this book but the story and world-building felt too far fetched. It also did not help that I did not care for any of the characters and I was so disappointed at how women were depicted. The religious aspect was also quite heavy. This will probably improve in future books, but I did not find many redeeming qualities towards the end. I made an effort to finish the book, I wanted to see if something good was going to come out of this, but it was just not0t enough for me.

Matt Armstrong’s narration was very enjoyable, as his compelling tone contributed to keeping me interested. There were many different characters in the book, and although some accents were a bit forced, Armstrong made an amazing job at keeping things consistent. His interpretation of Adrian was awesome.