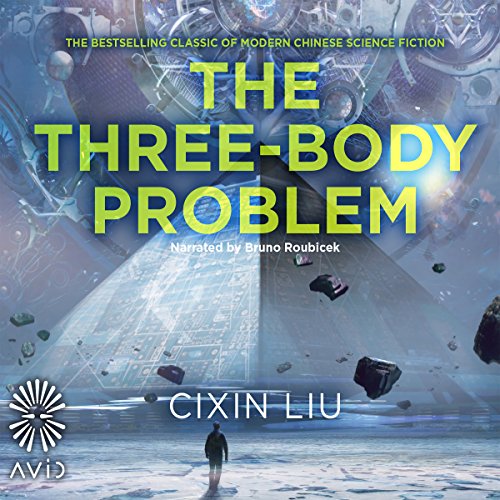 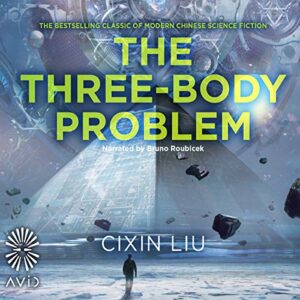 The Three-Body Problem is the first chance for English-speaking readers to experience the Hugo Award-winning phenomenon from China's most beloved science fiction author, Liu Cixin.

I finished this book already a week ago but I have been postponing the review until now. I approached this book with great expectations, given the rave reviews and the explicit recommendation by a friend who has quite similar tastes in reading. I really wanted to like this book, I was ready to have a good ride, but for the life of me, I couldn’t bring myself to enjoy it. I am not sure if it was the cultural differences or the translation, but I was not able to connect to any of the characters. It did not help that they were all cartoonish, very poorly developed, without distinctive characteristics, and unacceptable moral standards. I also perceived a whiff of misogyny that I did not like one bit. Just at the beginning of the book, we have one of the characters thinking out loud. It was a clumsy way of explaining things to the reader, in my opinion. I want a writer to show me things, not to tell me in very long monologues.

At first, it seems we are before a great literary masterpiece, with its beginning set in the Chinese Cultural Revolution, a topic I was not very familiar with, but which I found interesting. Sadly, I did not care for any of the characters, so I was not feeling motivated to finish the book, but persevered. I was curious though as if things were going to pick up at some point, I wanted to see if reaching the end was going to compensate me for the hours invested in the book, but it did not.

I am a technical person, and I usually rejoice reading hard sci-fi, but not this one. The three-body problem is a game played by several of the characters in order to try to find a solution to the classical physics problem. Apart from this, the science in the book is laughable. The book itself feels like a very long physics exposition, but without a soul that would appeal to the part of me who is interested in human stories. After that very long exposition in which I asked myself many times what was the point of it all, we get to a final twist that should have shaken me but it didn’t. At least the agony is was over.

The book is terribly slow and boring, the rhythm is, in fact, all over the place. At certain points, it might have reminded me of Asimov, but without all the redeeming qualities of Asimov’s stories.

Bruno Roubicek’s narration was okay but there was not enough differentiation among characters’ voices, which did not help to distinguish them and follow dialogs.

I will not read the sequels. I don’t want to put myself through a similar ordeal again. On a side note, the friend who recommended me this book didn’t like the second in the series, which makes me more adamant in avoiding it at all costs.