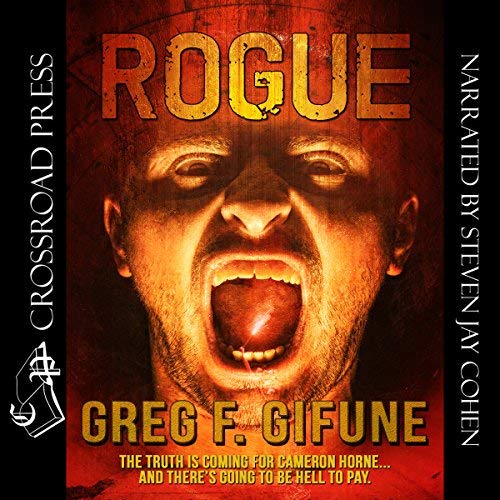 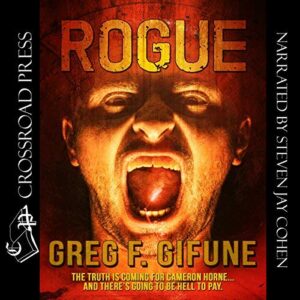 Cameron Horne has it all, an intelligent, beautiful and loving wife, a great home and a successful and important career. His life is the American Dream come true. Until things begin to change.

Without warning, he exhibits strange behavior he can't seem to control, loses time and memories, has horrific nightmares and finds blood on his hands that may or may not be his own.

When a mysterious young man who seems to know the future begins appearing in Cameron's backyard, things go from bad to worse. As voices and visions flood his mind, and shadowy figures watch his every move, something deep inside him comes awake, manifesting in acts of extreme rage and violence.

Is he losing his mind, or is something evil stalking him, possessing him from within and turning Cam from the mild-mannered man he's always been into someone else…something else…

The truth is coming for Cameron Horne, and there's going to be Hell to pay.

Rogue is the story of a man losing his mind, but not only that; Rogue is much more. It is a story in which nothing is what it seems. Gifune’s prose sucked me in from the beginning, and even though this was not my favorite genre, it kept my attention until the end. Please note that there are demonic presences in this book, which may delight some, just not me.

The ending was unexpected and somehow fitted the story perfectly. It reminded me of one of David Lynch’s movies. I am not going to say which to avoid spoiling the story, but this ending was a masterpiece and made everything worth it.

I still think that the book was a bit long-winded, and the final twist would have suited a shorter story too. It was very well written though, and I found myself often relating to the main character.

The writing was very good but to make this work, the narration needs to let it shine, and Steven Jay Cohen’s was the perfect fit. He not only brought the characters to life but was able to transmit Cam’s torment and anguish in a way that I was suffering for him. The audio production was spotless.