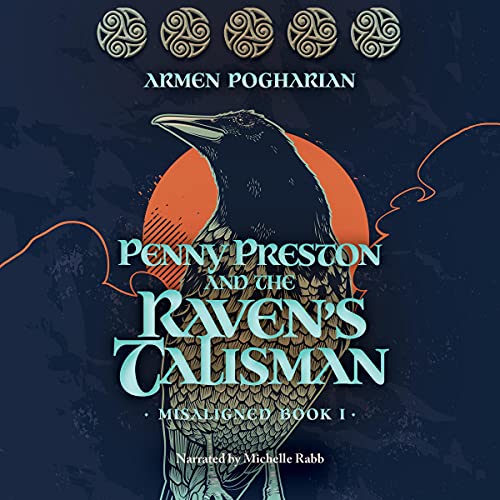 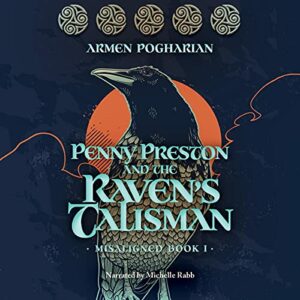 Eighth grader Penny Preston is worse than suspended. She's misaligned: that means she exists in more than three dimensions at once, which gives her the power to fix and prevent dimensional rifts. She must embrace her special powers when dangerous higher-dimensional beings threaten to invade Piper Falls.
When Shadow-monsters attack in the cafeteria, eighth-grader Penny Preston panics, starts a food fight and unknowingly creates a trans-dimensional rift. Summoned to the counselor’s office, she expects suspension, but instead discovers that she is misaligned: that means she exists in more than three dimensions at once. Unless she immediately begins training to learn to handle her powerful abilities, she risks losing her sanity. She agrees to secretly train with her counselor and his friend Master Poe, an exile from the seventh dimension trapped in a raven’s body, to keep her home town, Piper Falls, safe from higher-dimensional beings seeking to gain god-like powers in our dimension.
Together with Simon, her telepathic multi-dimensional cat, Penny struggles to save her relationship with her best friend, protect her universe, and uncover her connection to Arthurian myth.

Penny Preston has the power to prevent an invasion by higher-dimensional beings. Recruited by her teacher Mr. Myrdin and Mr. Poe the Raven, Penny will join forces with them, while also counting with the help of her friend Duncan, and together they will try to prevent the evil forces of higher dimensions to enter their world.

This was a cute story featuring Celtic lore and an adaptation of druidic stories about Merlin and Arthur. I enjoyed this aspect of the book, and I found it quite original. My favorite character in the book was Mr. Poe, but I was curious about Myrdin. I think I would have liked to know more about this character and his backstory.

I had issues with the pacing of the book. I found the writing a bit disjointed. The sense of urgency was lost on me most of the time. I think Pogharian could have done a better job at reminding the reader what was at stake in the story, as the events were entertaining enough but I didn’t feel much of the gravity of it all.

In the book, the Monroe Institute is mentioned several times as it’s where Penny’s parents work. This rang my alarm bells as I’ve read a book about the subject and I think it’s a controverted matter. I wondered several times if the dimensional beings and Pogharian’s inspiration had something to do with it. I hope it doesn’t, but I guess we’ll see in future books.

Michelle Babb delivered a wonderful narration, bringing the characters to life with exquisite interpretations. I liked that all characters had their unique voices and style, all done very subtly, without interfering with the story.