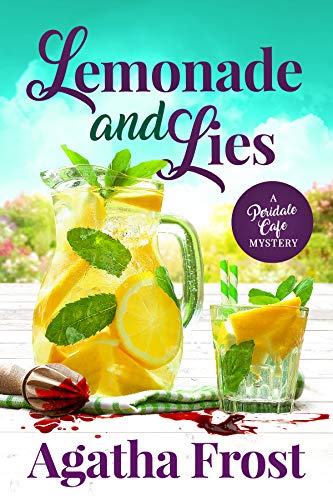 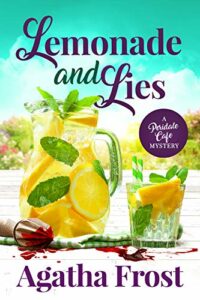 Book 2 in the Peridale Cafe Cozy Mystery Series!
When the entire village is invited to a garden party for a mysterious ‘special announcement’, nobody expected that party to end with a man being thrown to his death from a window. The murder is committed at Julia South’s estranged father’s manor, so all eyes in Peridale turn to her to solve the case. In a race against the clock, Julia must juggle her blossoming romance with Detective Inspector Brown, and her young lodger, Jessie’s, sudden strange behaviour, to uncover the truth behind the man’s untimely death. With members of her own family in the frame, will Julia like what she discovers?
Can be read as a standalone, but enjoyed better as part of a series. A light, cozy mystery read with a cat loving and cafe owning female amateur sleuth, in a small village setting with quirky characters. No cliffhanger, swearing, gore or graphic scenes!

This time, Julia attends a party thrown by his father’s new wife. Everyone from Peridale is invited to what was supposed to be a big event, but nobody expected that they were going to be witnesses to a murder.

I found that the level has gone up with this second installment on the Peridale series. It seems better written than the previous one. The story flows better and the plot is well-paced. The killer is not evident as I found in the previous book, which made the book more intriguing. I enjoyed knowing more about Julia’s past and why some things turned out in a certain way in her life. We also get to know secondary characters better in his book, and I am especially enjoying Julia’s gran and how Jessie is making a place for herself in Julia’s life.

I’m quite excited about this series, as it’s a long one but each book is short, light, and almost instant gratification. A nice pick me up when you need a break from more complex reads or you just had a tough day.